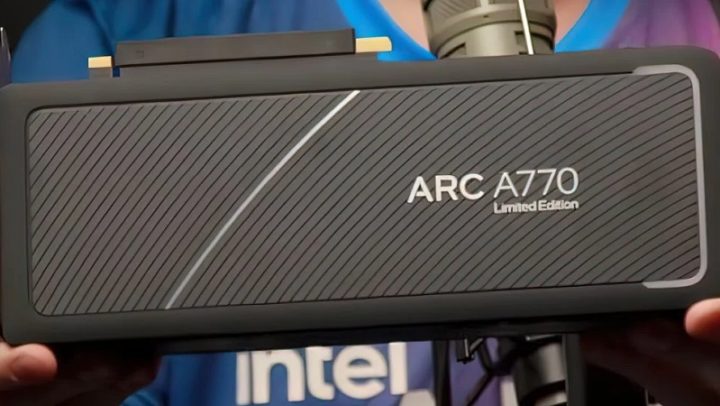 The last few days have been rich in terms of hardware, especially because Intel has finally officially revealed its Arc A750 graphics card, about which a lot has been written. But more data has now been released about another GPU model from the company’s new lineup.

Contents
Intel Arc A770 below 70ºC while gamingRead too:

The Arc A770 graphics card has now also been revealed and, according to the information, this will be a great choice for gamers, in the sense that it runs several games with a temperature below 70ºC.

After the Arc A750, we are now also the to meet the Intel Arc A770 graphics card. The revelation came during a video on the popular Linus Tech Tips channel, produced together with some of the Intel team. This model is also a limited edition, like the younger sister already presented, also having a similar design.

And according to information advanced by Tom Petersen and Ryan Shrout, representatives of the North American manufacturer, the Arc A770 offers good overclocking capability and runs games very well. The Linus channel said that tests have already been carried out with this GPU running the games Cyberpunk 2077 and Shadow of the Tomb Raider, however the results of the same cannot yet be released to the public. 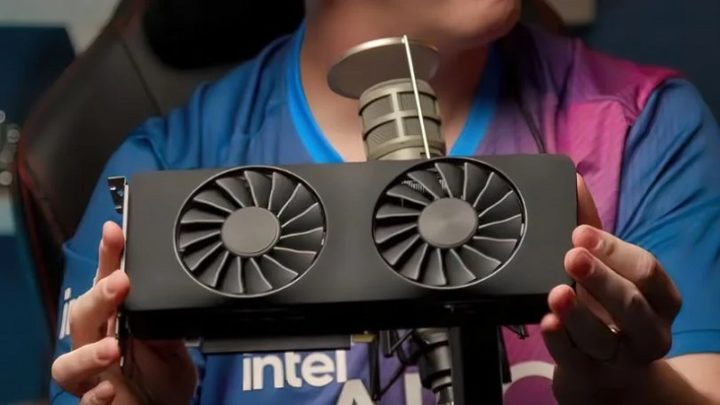 But the highlight of this revelation is, without a doubt, the fact that the Intel Arc A770 graphics card has a fantastic cooling system. This is because, while the games were being played, the equipment always managed to present temperatures below 70ºC, with the maximum reached being 69ºC. However, it is important to mention that some data were not disclosed, such as the resolution and graphic quality used during these tests, nor the ambient temperature.

This GPU features the ACM-G10 graphics chip, 32 Xe cores, 4,069 ALUs (Arithmetic Logic Unit) and 32 Ray Tracing Acceleration Units. In turn, rumors indicate that the device will be able to offer a maximum clock of 2.4 GHz and 16 GB of GDDR6 VRAM memory with a 256-bit memory interface. Like the Arc A750, this model also features two fans with 15 blades each.

For now there is still no set date for the release of these new graphics cards, but Tom Petersen said that they may arrive sooner than you think.