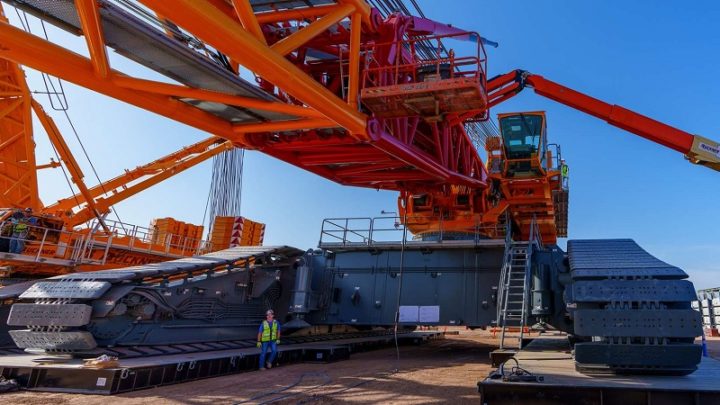 Building a factory requires much more than materials and labor. In the process are also involved various equipment and vehicles that help the operations and that are fundamental for the whole procedure. And Intel has now revealed a monster that is part of its works.

On its official website, the processor manufacturer Core revealed that it is using the world’s most powerful crane on a conveyor belt, called the Liebherr LR 13000, in the construction of its new factory located in Arizona. Let’s get to know more about this crane that costs 30 million dollars and there are only 6 in the world.

The mighty crane used to build the Intel factory in Arizona

As a way of boosting the construction of Intel's new factories, which mark one of the biggest investments in history, the brand took to Arizona what is designated as the most powerful traditional conveyor crane in the world, the Liebherr LR 13000 from the company Buckner HeavyLift Cranes.

To give you an idea of ​​what we are talking about here, this crane has the capacity to lift 3,000 tons of weight, something like 428 large adult male elephants (yes, it is an impressive image), at a height of around 236 meters, more than than twice the height of the Statue of Liberty in New York.

The crane will begin work on Intel's Ocotillo campus in the Chadler area of ​​Arizona. One of its main functions will be the lifting of steel trusses for the Fab 52 and Fab 62 superstructures of Pat Gelsinger's brand. 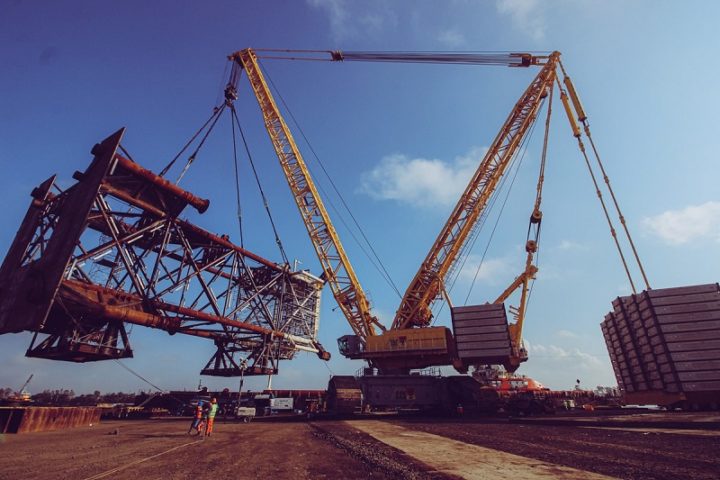 The monstrous Liebherr Model LR 13000 crane has now been assembled and tested, ready to show its full power on this job. It has dual diesel engines, and if one fails, the other still supports the functions. The crane will start work soon and among its first tasks is the lifting of 36 steel trusses for Intel's new Fab 52, each of which weighs around 150 tons, or 21 of the aforementioned elephants.

According to the details, the LR 13000 costs no less than 30 million dollars and there are only 6 models on the planet. The crane was manufactured in Germany and then dismantled and transported by ship to Los Angeles. Then 170 trucks took this monster to Arizona where its assembly took about a month.

Intel's new factories in Arizona correspond to a total investment of approximately 20 billion dollars and are estimated to start chip production in 2024.