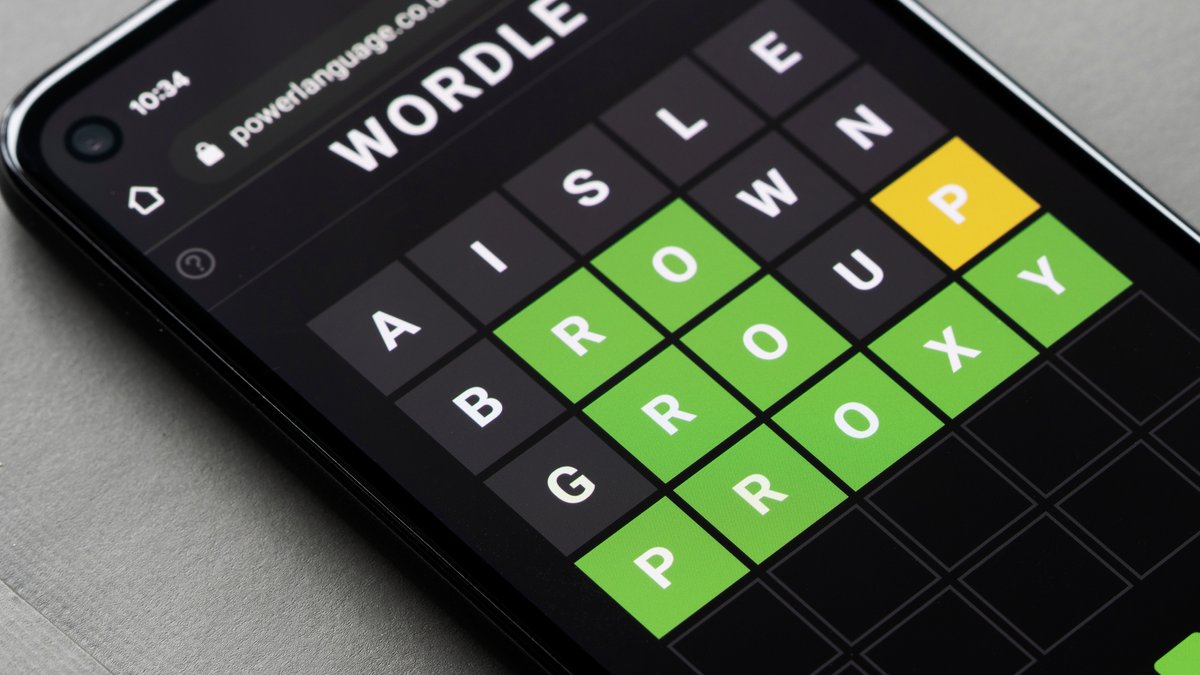 With “Wordle”, a game made it to Internet fame in January that could hardly be simpler. It comes from a single developer, Josh Wardle. The Brooklyn-based software developer wrote it in his spare time. In an interview with the “New York Times” he explains the hype surrounding his creation as follows: “I think people appreciate that there is something online that is just fun.” This is how “Wordle” works.

Six attempts are available to guess a five-letter English word. Players first see five empty boxes in which they can enter letters. After each attempt, “Wordle” tells players whether the chosen letters are included or not – or whether they are even placed in the right place. If a letter occurs, the program highlights it in yellow, if it is in the right place in green. Every day there is only one word, a ticking clock reveals when the next daily puzzle will go online.

That’s why Wordle is so successful

After completing a round, users can easily copy their result as a points matrix and post it on social media. This creates a dynamic exchange, the postings have increased massively in the last few weeks. And that through pure word-of-mouth or screen-to-screen propaganda. There is neither an app from “Wordle”, nor has Wardle advertised his program. In addition, “Wordle” is completely free of advertising and otherwise barrier-free, so registration is not necessary. From a few dozen users in November 2020, the audience grew to more than three million users in January.

“Wordle” clones in other languages

Given the rapid success of Wordle, several clones of the game have appeared on the web. Some of them are attempts at deception and fraud, but there are also sensible copies. For example, the provider “puzzlephil” makes a German-language version of “Wordle” available on an Austrian domain.

Always new strategies thanks to the increasing number of users

Because “Wordle” only uses words that actually exist, various strategies have already been developed to solve the puzzles. The term “ADIEU” is a popular first word in both the German and English language versions because it covers four out of five vowels. The English-language tech magazine “Wired” has dedicated itself to the best English starter word and comes to the conclusion that “NOTES”, “RESIN”, “TARES” and “SENOR” are particularly suitable.