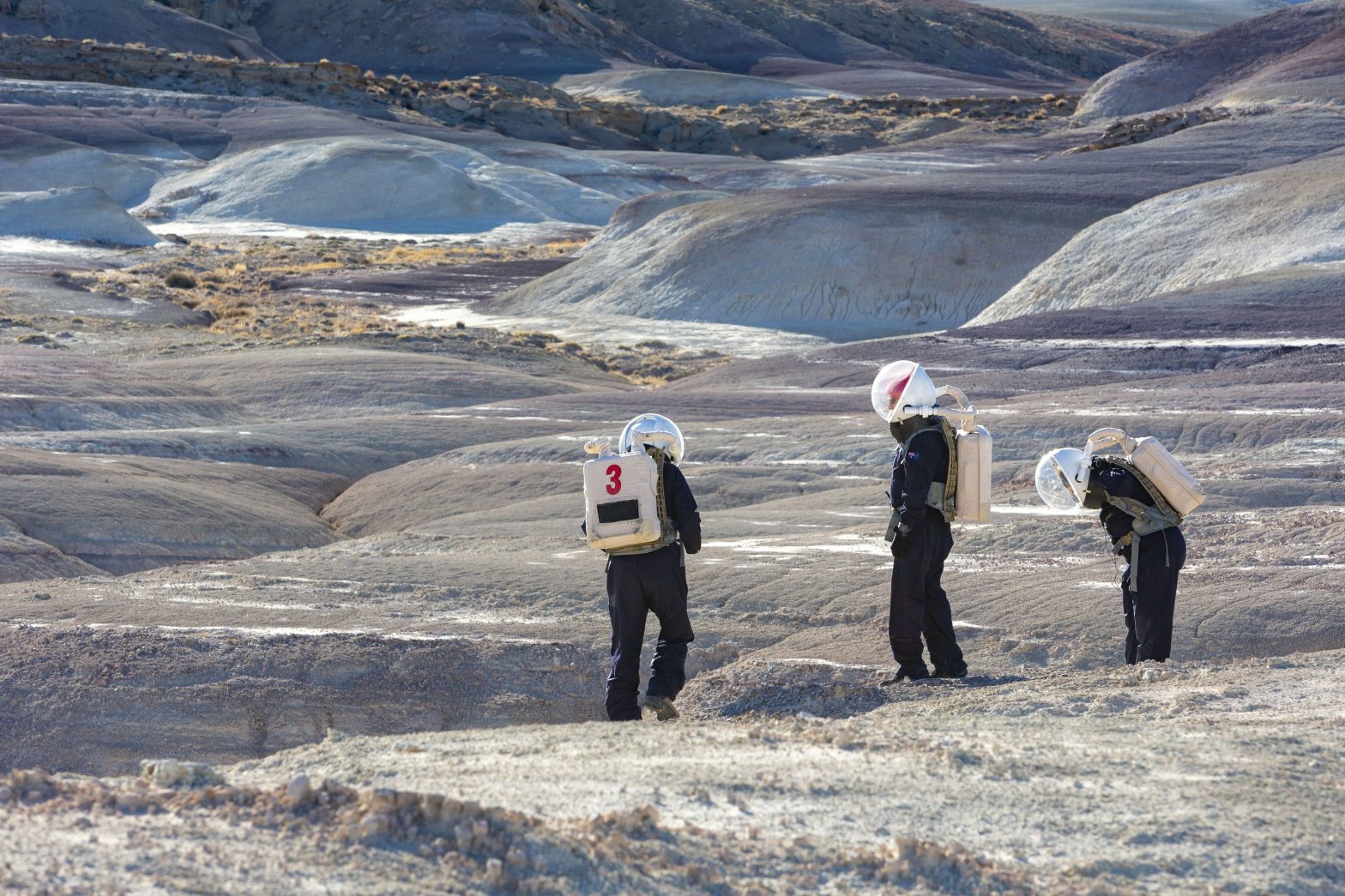 The red planet is becoming more and more tangible for mankind, at least when it comes to the space agencies of various nations. And then there are private companies like Elon Musk’s SpaceX, which are already dreaming of a science fiction wonderland. It seems like everyone wants to set foot on the dusty planet. Not only the US space agency NASA dreams of a manned one Mars–mission, other countries are already planning their way there.

Mars Mission: These actors want to go to the red planet

It is only a matter of time before a manned Mars mission is actually realized and man sets foot on the red soil of this strange world for the first time. The coming decades will show who that will be. The fact that private actors want to be in the history books in addition to the national space program is new, however.

For example, the eccentric billionaire and CEO of SpaceX, Elon Musk, believes that humans could land on Mars in five to ten years. As Big Think reports, SpaceX could realize a manned flight as early as 2026. Then Mars is closest to Earth for such a flight.

Bezos had already presented its lunar module “Blue Moon” in 2019. The moon has so far been used as a training ground and a possible starting point for a Mars mission. Whether the competition from private companies is also good for such a company remains to be seen in the stars.

Ultimately, a legal dispute between Bezos and Musk ensured that NASA’s planned moon landing for the Artemis III mission had to be postponed from 2024 to 2025. The reason for this: NASA wants to use the Starlink rocket constructed by SpaceX and not Bezos blue miracle.

Should NASA continue to experience such failures with private suppliers, it could more likely stand in the way of a planned Mars mission. In general, the question arises whether missions with such a great value for science and humanity should go to private entrepreneurs.

In the case of NASA, this in turn plays into the hands of national space agencies of other nations. The national space agency of China, for example, is already classified by NASA as a competition to be taken. Nevertheless, such a mission will present an unprecedented challenge for people and material from all actors and countries.

These nations want to go to Mars

In 2021 alone, three unmanned probes paid a visit to the red planet. It started with the probe al-Amal, the hope of the United Arab Emirates, which reached Mars orbit in February. The aim of this Mars mission is to document the planet’s weather cycles. Such data are of crucial importance for a future manned landing. Mars is known for its extreme weather changes and severe sandstorms.

The Mars rover Perseverance also landed on the planet last year. His goal is the search for ancient, biological life. For this purpose, the rover was specially equipped with a drill to take soil samples. And the Chinese also placed their Zhurong rover on our neighboring planet in May 2021. He too is supposed to examine the surface of Mars.

Cooperation between ESA and Roskosmos

Overall, Europe, Russia, India, Japan, China and the United Arab Emirates are planning Mars missions. The European space agency ESA and the Russian agency Roskosmos plan to send the Mars probe Rosalind Franklin to Mars in 2023. Their missions will also be to search for past or still existing micro-organic life forms using soil samples.

The planned Mars mission of the private company SpaxeX

For SpaceX CEO Elon Musk, one thing is clear: get people to Mars as quickly as possible. The company hopes to complete its Starship rocket in 2022. It would be the largest man-made rocket ever and could carry a payload of up to 150 tons into space.

In 2026, the billionaire wants people to set foot on Mars. The aim of this mission should be to create a fuel depot and base location for future missions. However, before this plan can be put into practice, the Starship rocket must first prove itself in an orbital flight around the earth.

The Japanese Aerospace Exploration Agency JAXA wants to send its TEREX lander in 2022. The task of this probe is the exact detection of water and oxygen molecules. In addition, the instruments carried on board should not only find traces of water and life, but also find water resources and life themselves.

In 2024, JAXA is planning a much more ambitious Mars mission. A probe should reach Mars orbit and land on the moon Phobos and take samples. The collected samples should then be returned to Earth in 2029. The Japanese authority expects to gain knowledge about the possible development of the Martian surface and its moons.

The Mars rover Zhurong was just the beginning of China’s plans to discover Mars. China is already planning an unmanned follow-up mission in 2030. In the coming years, China plans to send out several manned missions at once. For example, manned missions are to take place on Mars in 2033, 2035, 2037 and 2041.

The fact that the Chinese have far bigger plans is also shown by the construction of their own “Tiangong” space station, which could be completed this year. The national space agency also wants to use this permanent representation in space to plan further trips to the red planet.

India also has ambitions to visit Mars. But before that, the country wants to send the third probe to the moon with the Chandrayaan 3 mission in 2022. As India Today writes, the Indian Space Research Organization (Isro) plans to send another probe towards Mars only after the successful completion of its trip to the moon. As the head of Isro K Sivan says, the planned Mars mission will be an orbiter that will orbit Mars as an artificial satellite.

No matter how effectively today’s probes work, the situation for a manned Mars mission cannot yet be assessed. Because the distance between Earth and Mars varies cyclically, an optimal start window only exists every two years. Astronauts: inside such a mission not only have to accept months of travel, but also have to endure several years on our neighboring planet.

Should more serious accidents occur during such a mission, aid from Earth could most likely arrive far too late. In addition, the isolation will be an additional problem for the first humans on Mars. NASA is already simulating missions on Mars in the Utah desert so that a future team of scientists can still work together so far from Earth over this long period of time.