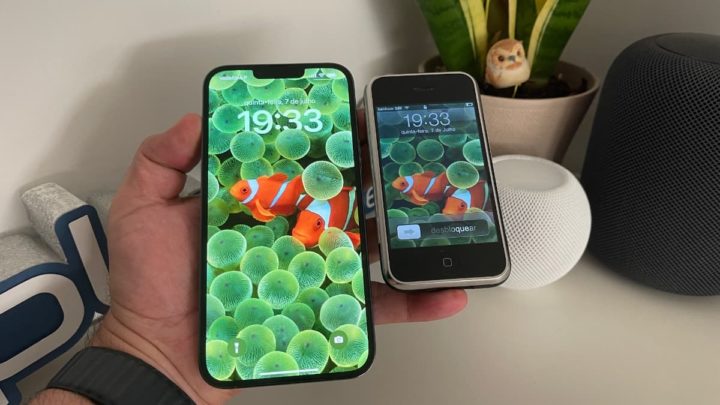 It’s nothing extraordinary, just a nostalgic note from Apple that decided to include in iOS 16 beta 3 a wallpaper, commonly known as wallpaper, which appeared for the first time on the original iPhone. Of course, as we know, Apple doesn’t do anything by chance.

Apparently, this “novelty”, this easter egg, comes to celebrate the 15th anniversary of the iPhone. The classic clownfish wallpaper from the original iPhone is back!

After Apple released the new beta 3 of iOS 16, the search for news ended up bearing fruit. One of several new additions to the operating system was the remaster of the iconic clownfish wallpaper from the first iPhone. However, for unknown reasons, some users did not find such a wallpaper.

The news quickly spread over the internet and on Twitter some showed what they had found and others simply complained that nothing appeared on theirs. It was probably a bug... or not!

Has anyone else noticed this in iOS 16 Beta 3? pic.twitter.com/ywiC0MsfJr

As we mentioned in the introduction, this novelty is nothing major. It's only worth the aesthetics that these wallpapers can create.

These wallpapers in iOS 16 are no longer static images, but animations rendered in real time that interact with the clock on the lock screen and with dynamic widgets.

It is worth noting that iOS 16 is currently available as beta software for programmers via the website. Apple Developer.

A public beta will be released this month. The official launch is scheduled for the fall, usually along with the new iPhone, in September.