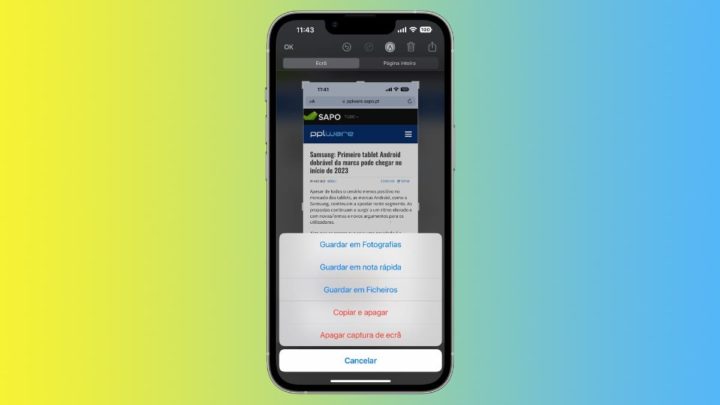 They are small adjustments, they are subtle additions, but iOS 16 beta has added features that are very handy for the iPhone user. In this beta 5 version, in addition to returning the percentage to the battery icon on the main screen, Apple has also improved the options related to sharing screenshots.

Yesterday, the various operating systems of the Cupertino company received another beta version, the fifth, towards the final version and there are several improvements.

According we mentioned in the presentation of iOS 16 beta 5, Apple returned to bring to the battery icon, from the status bar, the percentage of charge. In addition, it also included other news, such as, for example, the new useful option to “Copy and Delete” that screenshot.

To access this option, the user, after capturing an image, must press the OK button, in the upper left corner. At that point, the capture tool opens a menu of options.

As we can see in what is now in effect with the current iOS 15.6, right next to iOS 16 beta 5, there are more options. 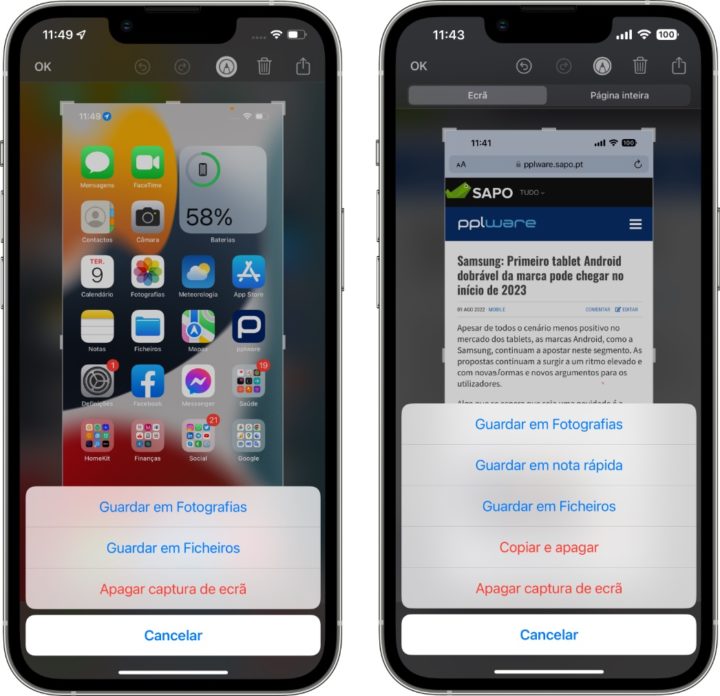 This quick options menu only included Save to Photo, Save to File and Delete Screenshot. There is now also a Save to Quick Note option.

This new “Copy and Erase” feature will make it easy to take a screenshot and quickly save it to the clipboard. You can paste the image wherever you need it, such as in an email or in the Messages app. This new feature should also help prevent your photo library from getting full of random and unnecessary screenshots.

Alongside these news, others are being detected and we will scrutinize what this new version has brought us. Although the focus is on iOS, we cannot forget that new things are also emerging in other operating systems.