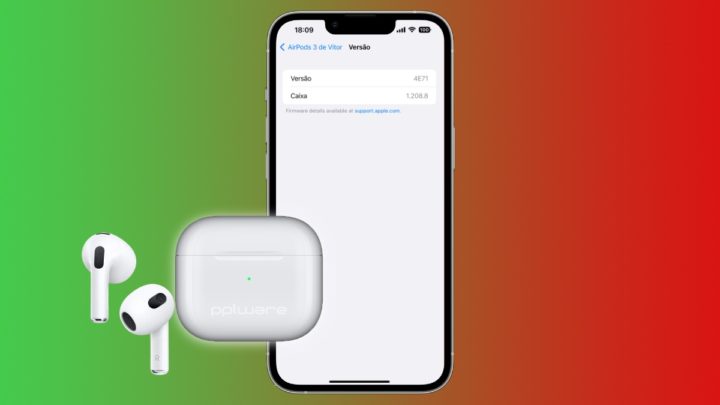 Over the years, Apple has developed several AirPods firmware updates. However, the process has always been a bit of a mystery, without much information. With this week’s release of iOS 16 beta 5, the American company has made a small change to the Settings application that could mean a hypothetical advance in terms of information about details related to such firmware updates for your headphones.

This can be an important step for the user to realize when they have outdated headphones.

Over the years, we have been aware of firmware updates and except for very few times, the information focused only on the version. Nothing else was communicated by Apple. In this sense, the suggestion was always the same: open Settings, go to the DefinitionsClick in Generalthen in Information and select AirPods‌‌‌‌‌. Then it was only to notice the number in front of the "firmware version".

After that, well, it was waiting, as there was no action that could trigger the update.

Now, this information, as we can see in the first image, can be found right from the app Definitionswithout having to go to Bluetooth or through the information path in General.

The interesting point is right below this information. For there is also a new explanation: "Firmware details available at support.apple.com" with a link to the supposed page that will bring that information.

For now this link will not have the place that has information about what interests you. But at least it is known that Apple is working in this direction.

So this new feature of iOS 16 beta 5 could mean that when Apple releases a new firmware update for the AirPods in the future, the user will be able to follow that link and have access to the release notes. Within the speculation that this novelty raises, then the functionality could also be extended to AirTags and eventually to other accessories, such as the MagSafe battery.