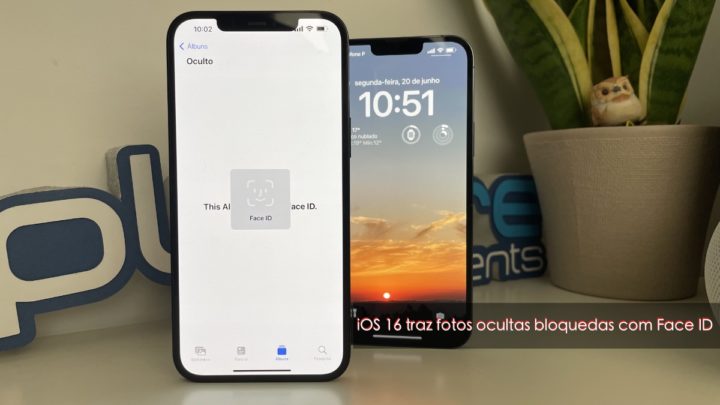 Apple to each new operating system adds native features that were previously possible through third-party applications. It won’t be because I don’t want to give the user these tools, but it’s mainly to favor the rich market of programmers. In iOS 16 Apple decided to put Face ID as a guarantor of the privacy of the hidden and deleted photos folder.

Contents
iOS 16 Brings Authentication to Hidden and Unlit photo albumsBut how can I hide an image in the Photos app?

Today we bring you a small guide on how to use this feature to hide photos and show how this space is now protected from prying eyes.

Apple's upcoming iOS 16 update will give people more peace of mind. That is, it will allow you to block access to recently deleted and hidden photos and videos behind biometric security. This means that people will need to use Face ID or Touch ID to access these "folders".

With iOS 15 installed, recently deleted and hidden photos and videos are easily found in the Photos app, and just tap the albums and everything will be revealed. As we mentioned earlier, that will change when iOS 16 arrives later this year, with a biometric challenge that prevents anyone from seeing inside the albums without first authenticating.

But how can I hide an image in the Photos app?

Possibly it will not be one of the most used features. But you've also noticed that you often want to show photos to someone and it doesn't matter if that person sees more than the ones you want to show them. As well as having documents photographed with codes or other images that are only for your private and personal purpose.

To put these photos and videos in the Hidden folder, just...

This mechanic is what is currently at work in iOS 15. With iOS 16 the way to hide, the menu, rather, will change. But for now this is the way.

This feature has been around for many years, but by the hand of third-party applications. It was also possible to have the entire Photos app blocked through the functionality screen time > Use screen time code. We leave this tip in this guide:

So the promise is made, now we can only wait for Apple to release iOS 16, as is tradition, in September.