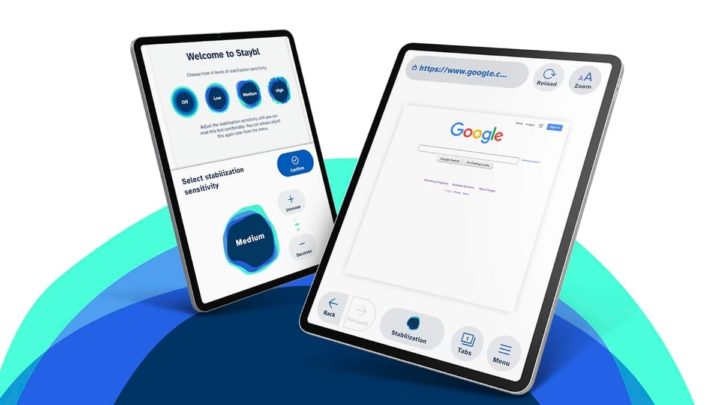 Technology has helped a lot those who deal with certain problems. Accessibility, that group of features that can be activated on devices, are of great value to users with certain diseases. However, people with Parkinson’s disease still have difficulty using smartphones and tablets with quality. What if there was an app that took advantage of the iPad’s accelerometer and helped those with hand tremors?

If they thought so, the better they did it. The Staybl app is free and takes advantage of the potential of the Apple tablet. Let’s see how.

Parkinson's: Staybl stabilizes the tremors on the iPad screen

it's called Staybl e is a smart app, for browsing, which takes advantage of a feature built into the iPad from day one. This app will greatly facilitate those who shake their hands and cannot keep the tablet stabilized, to offer a good read.

While the effects of Parkinson's disease, "a long-term, degenerative disorder of the central nervous system," can take years to show, early symptoms include tremors in many parts of the body, but most commonly in the hands, which can make chores difficult. simpler into extraordinary challenges.

In recent years, many everyday devices have appeared, such as spoons, which bring stabilizers in order to neutralize the movements of tremors, allowing people with Parkinson's disease to eat again.

Staybl was created to do the same thing, but with mobile devices, taking advantage of existing technologies that are used for games, follow-up exercises or simply automatic screen rotation.

The application was developed by Havas New York and Havas Germany. The two companies spent two years working with the German Parkinson's Association and Parkinson's patients in Germany and the US to test and optimize the software.

At its core, the app relies on an iPad's accelerometer to detect the subtle movements of hand tremors, and then moves an on-screen browser window in the opposite direction to cancel those movements, providing the user with a stabilized view and stability of a web page while holding a mobile device.

Other improvements made to the Staybl app, which help make it more accessible and usable for those dealing with hand tremors, were the removal of swipe gestures needed for navigation, larger buttons that make it easier to press, a higher contrast interface and the use of the hyper-readable sans serif Atkinson font developed by the Braille Institute.

This font brings better readability to visually impaired readers through a design that makes it easy to differentiate individual letters.

Currently, the Staybl app is available for free download from the App Store for iPads with iPadOS 14.0 or later. This is because the app requires a larger screen and faster device refresh rates, but its creators hope to bring it to other devices and platforms in the future.

Unfortunately, for now, this app is not available on the App Store Portugal.