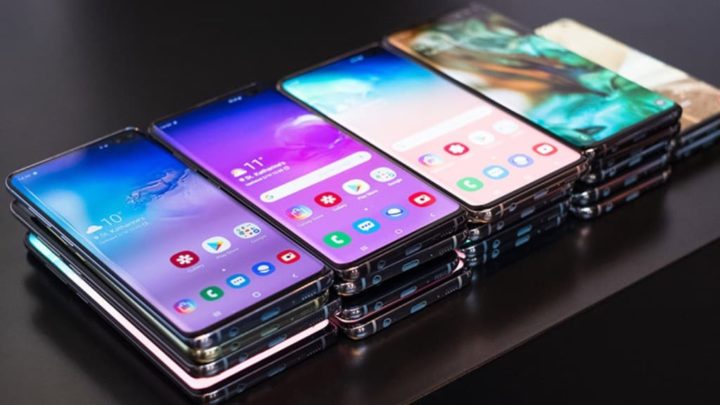 With the war between Russia and Ukraine, several smartphone brands have left the market in Putin’s country. This allowed Chinese companies to occupy such space and this is reflected in the latest sales ranking for July.

After all, which brand currently sells the most smartphones in Russia?

According to Russian website Kommersant, companies such as Apple and Samsung lost popularity in Russia after the conflict began. Leading, the brand that sells the most smartphones, is now Xiaomi.

According to July data, Xiaomi, with its sub-brand POCO (formerly known as POCO by Xiaomi and Pocophone) accounts for 42% of the entire smartphone sales market in Russia, ranking first in the July ranking. In second place is the other Chinese manufacturer, Realme, with 17% of the market, a significant increase compared to 13.4% last month.

In third position is Samsung with 8.5% of the smartphone sales market. Remember that in June the South Korean company had a market share of 10.9%. The fourth position is occupied by Tecno Mobile, with 7.5%. Already the giant Apple is in the fifth position with only 7% of the market. 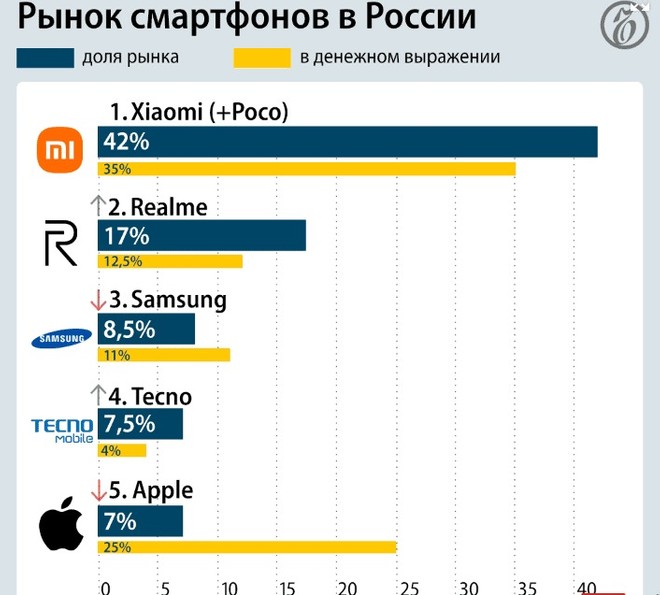 Broadly speaking, current market, Xiaomi (with POCO) currently has 35% of the market share. Apple ranks second with 25% of the Russian smartphone market. In third position is Realme with 12.5%, second right behind Samsung with 11%. Tecno Mobile appears in the fifth position, with 4% market share

MTS data reveals that 2.3 million smartphones were sold in July in Russia, totaling 36.7 billion rubles (about 590 million USD) in July.

The stock of Apple and Samsung smartphones in Russia is now 80-90% lower than it was in March of this year.