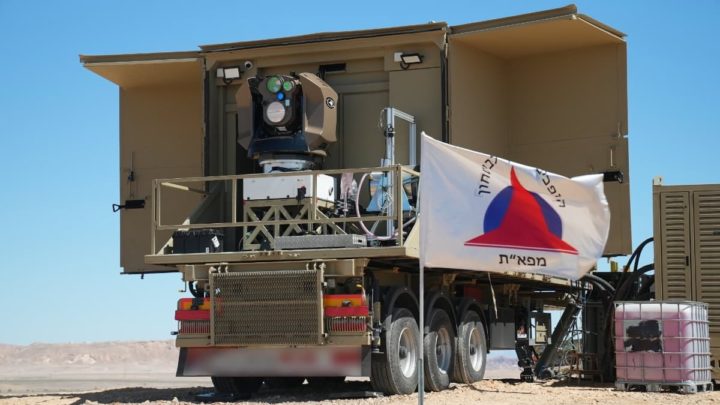 Technology has been particularly important in the development of modern weaponry, especially defense systems. One of the countries with great experience in this equipment is Israel. The country has already shown how its security dome works against enemy rocket and missile attacks. Now the Iron Dome will be reinforced with laser technology.

Contents
Iron Beam comes to increase the security of Iron DomeIron Beam, a silent, invisible defense that only costs $3.50

The country has successfully tested its new silent, invisible and “low-cost” defense system that intercepts missiles with lasers.

Iron Beam comes to increase the security of Iron Dome

Although the Israelis do not use very complex military technology, the one they do use has proven to be highly effective. The Iron Dome (or Iron Dome) surprised when it was used to serve as a defense barrier to rocket attacks fired by Hamas on Israeli territory, about a year ago.

To protect itself against air attacks, Israel decided to do so using laser technology. The war that it waged against Hamas resulted, according to reports, in an attack with more than 4,000 rockets launched from the Gaza Strip. So, to increase its air shield, the Israeli government announced that it has successfully tested its new missile defense system, the Iron Beam.

According to its defense ministry, the technology was able to neutralize different targets with "a high-powered laser". It even shared a video to show the results.

The Iron Beam is intended to complement the existing detachment in Israel, which includes in its arsenal the Iron Dome, also capable of responding to enemy attacks.

The system successfully intercepted UAVs, shrapnel, rockets and anti-tank missiles in various scenarios. It is a major step forward in the integration of laser technology into the defense system of the State of Israel.

As seen last year, Iron Dome is a system with a considerable efficiency rate, which, according to Israeli authorities, achieves 90% of its objectives. Its big problem is that it is very expensive (it costs tens of thousands of dollars per shot), and it is precisely this weakness that the Ministry of Defense wants to solve with the Iron Beam. 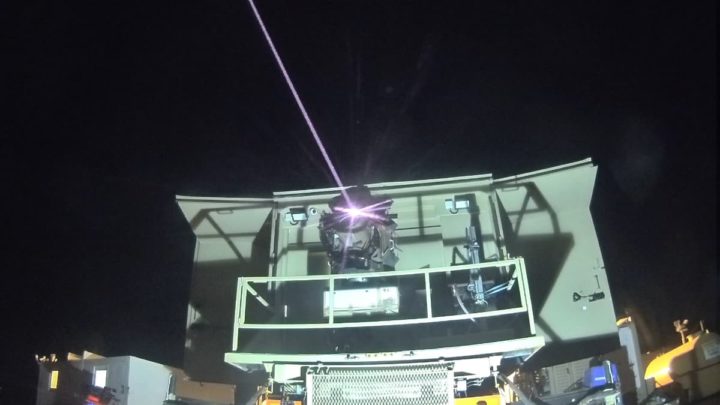 Iron Beam, a silent, invisible defense that only costs $3.50

The Israeli authorities said that this system will help a lot not only the defense of their country, but also the finances. This is because if an attacker in Gaza wanted to fire a rocket into Israeli territory, it would only cost them a few hundred dollars, a very small amount compared to the tens of thousands spent by the Iron Dome to neutralize it.

It may sound like science fiction, but it's real. Iron Beam intersections are silent, invisible, and only cost about $3.50 each.

As reported by the Associated Press, aside from messages from the Israeli government, little is known at this stage about the effectiveness of the laser system. It is expected to be deployed on land, sea and air and distributed along Israel's borders over the next decade.

In February Bennett explained that his team plans to start using the device within about a year.

This is the world's first energy-based weapons system that uses a laser to shoot down incoming UAVs, rockets & mortars at a cost of $3.50 per shot.

It may sound like science fiction, but it's real. pic.twitter.com/nRXFoYTjIU

If it is possible to intercept a missile or rocket with just an electrical impulse that costs a few dollars, we will have nullified the ring of fire that Iran has established on our borders. The economic equation will be reversed; they will invest a lot and we will invest a little. The system, "can also serve our friends in the region".

He watched the prime minister.

The tests, which have now been shared by the Israeli executive and which, says Bennett, position the country as a pioneer in the field of defense, were carried out last month in the Negev desert.

These systems were already coveted by European Union countries. Recently, German Chancellor Olaf Scholz said that Germany is considering buying an anti-missile system, and Israel's Iron Dome system is on the table.