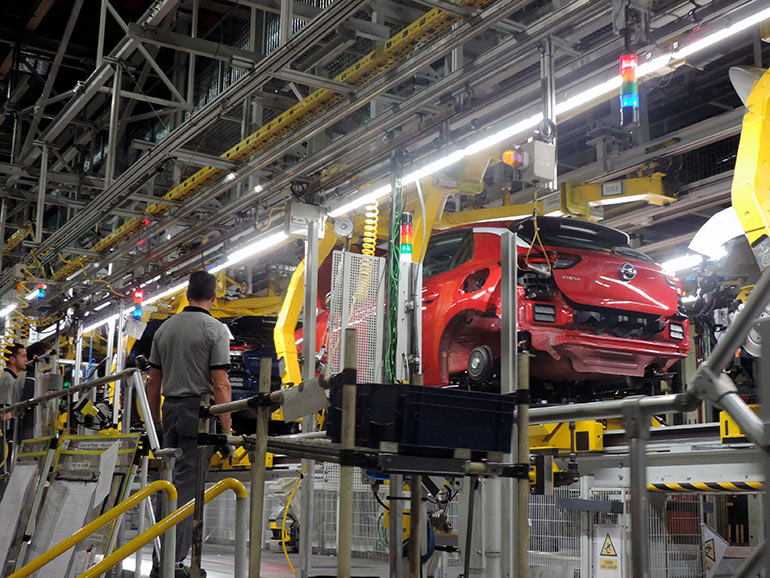 Opel Spain will receive the help of four million euros raised by the Government of Aragon to develop projects for environmental protection, industrial research and technological modernization. The Plenary of the Courts has approved this Thursday the decree law that regulates this direct concession upon receiving the votes in favor of the entire Chamber except for Vox and Izquierda Unida, who have criticized that the maintenance of employment at the Figueruelas plant.

The Vice President and Minister of Industry, Arturo Aliaga, has defended this subsidy due to the “effects” that the sector is suffering as a result of the pandemic, which has brought a serious shortage of microchips and a fall in the foreign market. “To this pandemic crisis, which has resulted in a drop in registrations and exports, the microchip crisis has seriously complicated the future not only of PSA, but of the entire sector, which is in a situation of uncertainty”, Aliaga has exposed, citing data from Anfac that places the collapse of exports at 38%.

With this grant, Opel will undertake the expansion of the new battery assembly line for the development of electric vehicles, a new process for automating the application of lacquering inside the car, or the design and development of new processes for the improvement of efficiency and reduction of environmental impact, as well as automation and robotization of different areas of the plant.

However, the exclusion of the requirement to maintain employment at the plant has not sat well with all groups. The IU spokesman, Álvaro Sanz, believes that the regional executive “cannot exonerate” this responsibility, recalling that IDL workers who had their position in Figueruelas “did not even pick up their things on the day the contract was terminated.” “It is disappointing that the interests of the company are being defended. I understand that the PP goes up to defend the interests of the national, but people and workers vote for us and today it is essential to guarantee the defense of employment ”, added Sanz.

A similar line has been followed by the deputy of Vox Marta Fernández considers that the exclusion of this condition is “not duly justified”, at the same time that she does not share the “urgent and extreme need” of this decree. “The loss of more than three hundred shifts has caused more than 650 jobs to be affected,” he recalled.

This will be the third consecutive year in which the company receives assistance of these characteristics from the regional Executive. The first was in 2019 and was destined to the transformation of the Zaragoza plant, where PSA invested 250 million euros. In turn, the Aragonese Recovery Strategy signed in 2020 included another aid of four million euros for research and development projects, energy efficiency and environmental improvement, as well as the promotion of energy from renewable sources.

PP and CS, in favor

For their part, both PP and Ciudadanos have supported the decree, which, in any case, was not in danger as the quadripartite had a majority in the Plenary. From the popular bench, the deputy Juan Carlos Gracia Suso has shown “unwavering support” for this concession, although he has remarked that “many aid to strategic sectors are late.”

In the same way, the spokesperson for Ciudadanos, Jara Bernués, has requested “agility” in the payment of the aid, which, in her opinion, should reach “all auxiliary industries, not only Opel”, while at the same time defended the role that the Community should have in the Perte of the electric vehicle promoted by Moncloa. “Aragon must play a fundamental role there. Hopefully those millions do not stay in Catalonia and return to Aragon. It is necessary for these investments to be fulfilled ”, he stated.