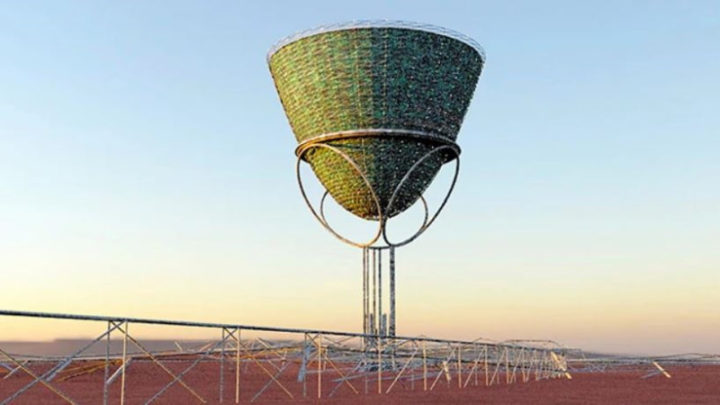 It is a goal on the list of some space companies and it is intended to be accomplished in relatively short time horizons – whether it will be possible or not, only time will tell. In response to one of the problems of life beyond Earth, Japanese researchers have developed gravity-defying habitats.

The researchers say they are committed to ensuring a plan that is useful to humans.

The idea of ​​sending humans to inhabit other planets has already been given and is supported by several space companies. However, before this is a reality, it is crucial to understand how something of this dimension can be done, given the inhospitable environment of options, such as Mars and the Moon.

Considering that gravity is an essential element for the well-being of future space inhabitants, researchers at Kyoto Universityin Japan, joined the Kajima Corp. for develop habitats that defy gravity, ensuring the habitability of the Moon and Mars, for example.

There is no such plan in the space development plans of other countries. Our plan represents important technologies crucial to ensuring that humans will be able to move into space in the future.

Said Yosuke Yamashikidirector of the SIC - Human Spaceology Center at the University of Kyoto, on July 5th.

on one Press release, the team of researchers noted that “without gravity, mammals may not be able to reproduce and their babies may not develop well”. Furthermore, he explained that if “a person grew up in a zero or low gravity environment, his body would change so that he would not be able to stand up on earth.”

As the idea of ​​living in space becomes more realistic, the problem of low gravity, which I intuitively became aware of as a child, is an issue we have to overcome.

Explained Takuya Ono, associate professor on the project at the center and senior researcher at Kajima.

In addition to gravity, the researchers are also thinking about a space train, which would work in the same way as those on Earth, in turn generating artificial gravity. This transport would not be limited to a single planet, but would be able to stop at stations created on Earth, Mars and the Moon. In other words, researchers are designing a kind of interplanetary train…

Gravity in space… is it possible?

Researchers at Kyoto University and Kajima Corp. believe so, through the centrifugal force created by rotational motions. In a video released by the team, habitats can be seen built perpendicularly and placed in a sphere. Once surrounded by water and green spaces, they become ideal environments for sheltering humans.

Although they know that it will be possible to put their plans into practice, the researchers are aware that these highly futuristic plans will only be realized in the 22nd century.