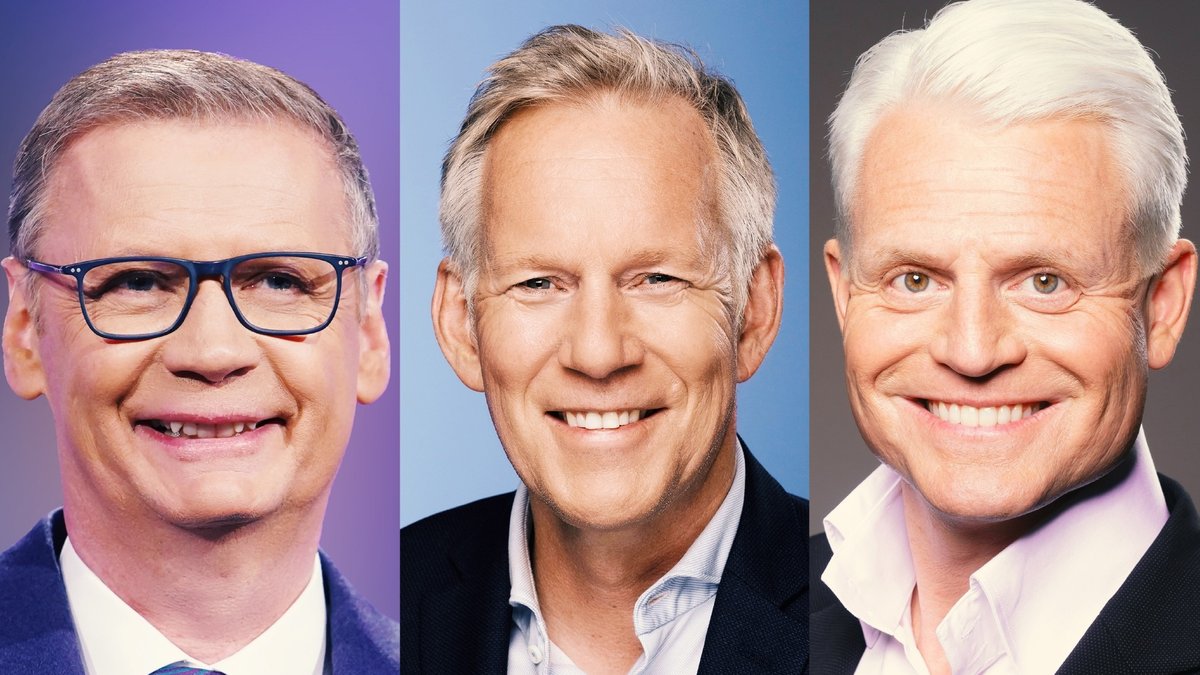 Günther Jauch (65), Johannes B. Kerner (57) and Guido Cantz (50) face a special challenge on TV on January 10th and 17th (at 8:15 pm on RTL): At the “Summit of the Quiz Giants” the experienced quiz masters compete against candidates who also have quiz experience, as they compete as winners of, among others, “Who Wants to Be a Millionaire?”, “ZDF Quiz Champion” or “The Smartest German”. In which programs have Jauch, Kerner and Cantz been able to expand their knowledge horizons so far?

Günther Jauch can probably come up with the greatest quiz show experience: In 1999 he started as a presenter of “Who Wants to Be a Millionaire?”. With wit and enthusiasm, he still leads through the RTL quiz program to this day. In an interview with n-tv in 2019, he revealed how he assesses his future as a “WWM” presenter: “The next anniversary would be in five years, then I’m slowly approaching 70. It’s hard to imagine that, but I’ll just let myself be surprised. ”Jauch was able to celebrate an anniversary at least recently: RTL organized a surprise show for him in June 2021 at 1,500. Broadcast.

Günther Jauch also likes to change sides and has already gained experience as a quiz show candidate: Since 2009 he has been proving in “5 gegen Jauch” that he has amassed a considerable amount of general knowledge through his many years at “WWM”. He is challenged by a team of five candidates who can answer the questions together, while Jauch has to do it alone.

In “Die 2 – Gottschalk & Jauch gegen alle” he dueled from 2013 to 2017 together with Thomas Gottschalk (71) against candidates. Since 2018 there has been the successor “Because they don’t know what’s happening”, in which the two moderators take turns with Barbara Schöneberger (47) against celebrities. In Frank Plasberg’s (64) “The Quiz” at the turn of the year, Jauch took part for the 14th time at the end of 2021. In an interview with RTL on the “summit of the quiz giants”, the moderator revealed that despite years of puzzle fun, there are also many areas of interest that have left him completely cold for decades – “Right in front are royalty, film actors and everything to do with space or astronomy has”.

Johannes B. Kerner is also very familiar with advice and game programs. His moderation of “The Quiz Champion” is particularly well known. In the ZDF quiz show, which has been broadcast since 2012, a candidate has to defeat a round of five prominent experts in various question and answer sessions and in areas of knowledge such as sports, literature or geography. As a “quiz champion” he can then win a sum of money.

Guido Cantz, who recently passed away as “Do you understand fun?” Moderator, was also featured in “The Quiz Champion”. However, in 2016 and 2017 he took his place as an expert in the “Film and Television” category. In 2017 and 2020 he was also featured as a guest in Kerner’s “You never come up with it!” And in the SWR knowledge program “Master of Everyday Life”.

In 2020 he then presented his own guessing show on WDR with “Quizz dich auf 1”. Candidates had to answer questions with a regional reference to North Rhine-Westphalia. “I don’t want to scare our opponents, but it’s going to be tough,” Cantz formulated his “quiz giants” battle announcement in an RTL interview. “I only see my weaknesses in the area of: South Korean expressive dance”, he jokes and knows exactly how to assess the Quizmaster team: “Our strengths: spontaneity, humor, swarm intelligence. Weaknesses: three alpha animals. “