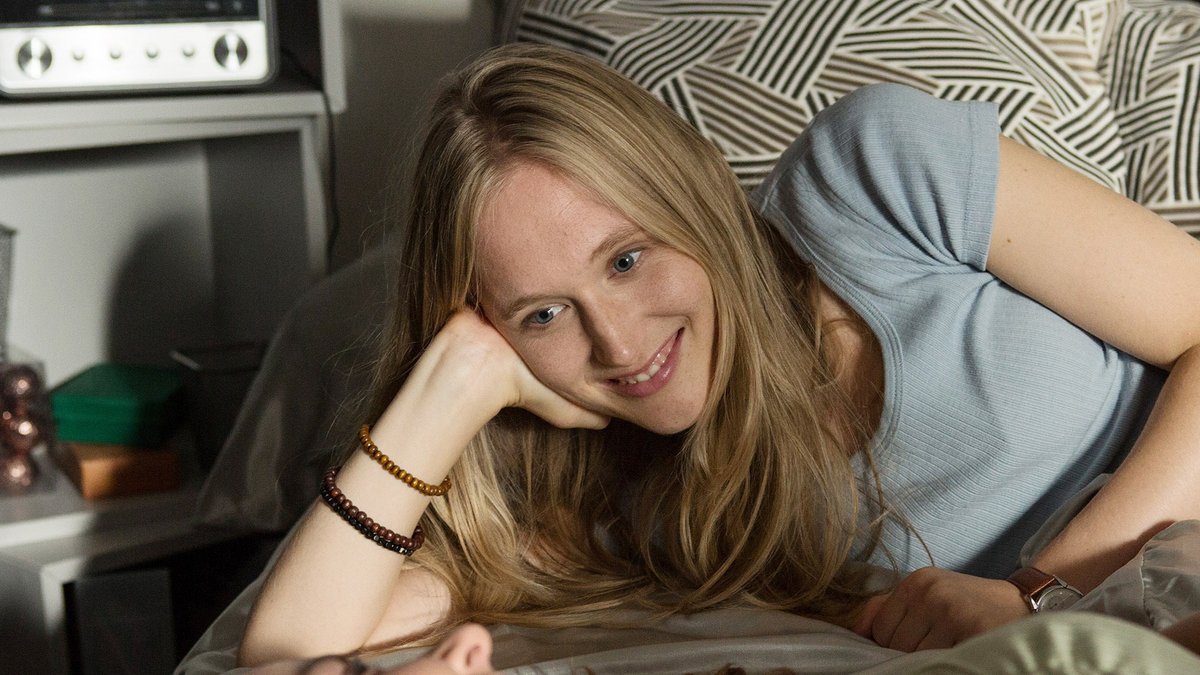 The Austrian actress and jazz singer Theresa Riess (born 1994) plays the title role in the thriller “Jeanny – The Fifth Girl” (February 9, 8:15 p.m., Das Erste). The film was inspired by motifs from the song “Jeanny” (1985), with which the Austrian singer Falco (1957-1998) triggered one of the biggest scandals in the history of German-speaking pop music in the mid-1980s. At the time, radio stations refused to play the song about a stalker and his victim – one interpretation – “for ethical and moral reasons”.

Contents
When did you realize that you wanted to be an actress? And what did your parents say about that?What did you particularly like about the role in “Jeanny” and how did you prepare? Were you familiar with Falco’s “Jeanny” song before filming? How was it on the set with experienced actors like Manuel Rubey, Patricia Aulitzky, Martin Brambach or Martin Feifel?What’s next after this debut film? Are there any projects that are ready to be announced that you can reveal something about?(ili/spot)

“More than 30 years later, inspired by Falco’s legendary hit, we tell the fictional, scandalous love story between a supposedly psychopathic stalker and the object of his desire,” authors Andreas Karlström and Thorsten Wettcke summarize the film plot. In an interview with spot on news, she reveals what young actress Theresa Riess knew about the scandalous song before her first major role in a television film.

When did you realize that you wanted to be an actress?

Theresa Riess: Although I’ve always liked to express myself artistically, especially through dance and singing, it wasn’t clear to me at first. At the age of 17 I knew that I wanted to be an actress – as absurd as that sounds. There was no plan B for me, I didn’t want anything else.

And what did your parents say about that?

Riess: I don’t come from an artistic family, so it was all the more difficult to embark on this new path. Both of my parents weren’t very enthusiastic at first. After a short time, however, my mother realized how serious I was and was on my side from that moment on. On the other hand, as a teenager, I continued to argue with my father so much that at some point I even thought that if I ever had a premiere in a theater, he would have to buy his ticket himself (laughs). That’s how it happened a few years later in Berlin in the Berliner Ensemble. In hindsight we all have to smile about it and my parents and sister are very proud of me.

What did you particularly like about the role in “Jeanny” and how did you prepare?

Riess: I was most attracted to Jeanny’s unbelievable, emotional roller coaster ride, which she has to go through in the course of the film. Some scenes were big challenges for me and I think I grew from them as an actress. Of course, for the role I found out about Falco and his song “Jeanny”, tried to learn the art of cutting my hair as well as I could – Jeanny can do it with ease. And I visualized the role as best I could in advance and tried to empathize with Jeanny.

Were you familiar with Falco’s “Jeanny” song before filming?

Riess: Yes and no. Of course I knew the song, it still plays on the radio and at parties, but I didn’t know what controversy this song caused in public at the time. So I deliberately only listened to it to prepare for the film. It’s a great song.

How was it on the set with experienced actors like Manuel Rubey, Patricia Aulitzky, Martin Brambach or Martin Feifel?

Riess: It was a great pleasure and honor for me to play with these veteran actors. At the same time, I always felt that I was on an equal footing with them. I think having respect for well-known colleagues is important as long as it doesn’t stop you from playing. I learned a lot from everyone. And Manuel Rubey and Martin Brambach made me laugh so much while shooting that I almost couldn’t keep playing.

What’s next after this debut film? Are there any projects that are ready to be announced that you can reveal something about?

Riess: No, nothing is ready for a decision yet, but it’s going to be exciting. I am at the beginning of my career as an actress and am looking forward to a wide variety of roles, new challenges and new encounters with like-minded people in film and television.