Jeff Wilcox, director of Mac system architecture at Apple, recently confirmed on his LikedIn profile that he has been rehired by Intel. Wilcox worked at Apple for eight years and played a key role in the company’s transition to Apple Silicon (starting with the Apple M1 chip), contributing greatly to its development. It is worth remembering that he had already worked for Intel before going to Apple.

In a post published weeks ago on LinkedIn about his departure from Apple, Wilcox said the following: “After eight amazing years I have decided to leave Apple and look for another opportunity. It was an incredible time and I couldn’t be more proud of all we accomplished during my time there, culminating in the transition to Apple Silicon with the M1, M1 Pro and M1 Max SoCs and systems. I will miss all my colleagues and friends so much. from Apple, but I’m looking forward to the next journey that starts on the first of the year.”.

In another post published days later, Wilcox confirmed that he was hired by Intel and announced his new role at the company: “I am pleased to share that I have started a new position as Intel Fellow, Design Engineering Group CTO, Client SoC Architecture at Intel Corporation. I couldn’t be happier to be back working with the amazing teams there to help create innovative SoCs. Great things are coming!” 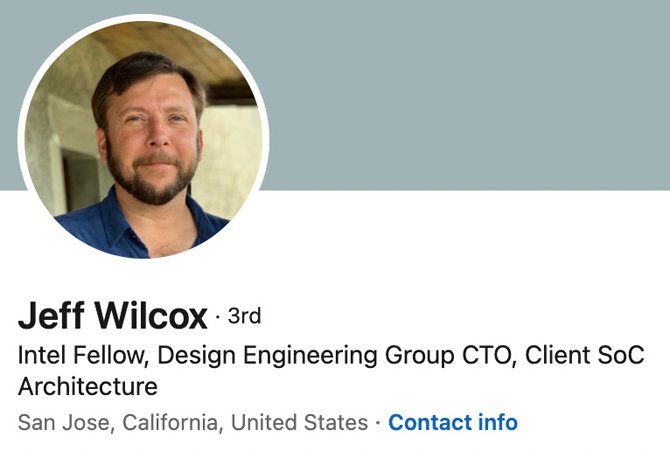 Wilcox joined Intel in early 2022 with a promise to develop innovative new SoCs at the company. He worked at Intel from 2010 to 2013 as a chipset architect for PCs. In November 2013 he started working at Apple and was directly involved in the company’s transition from Cupertino to Apple Silicon, as mentioned at the beginning of this post. 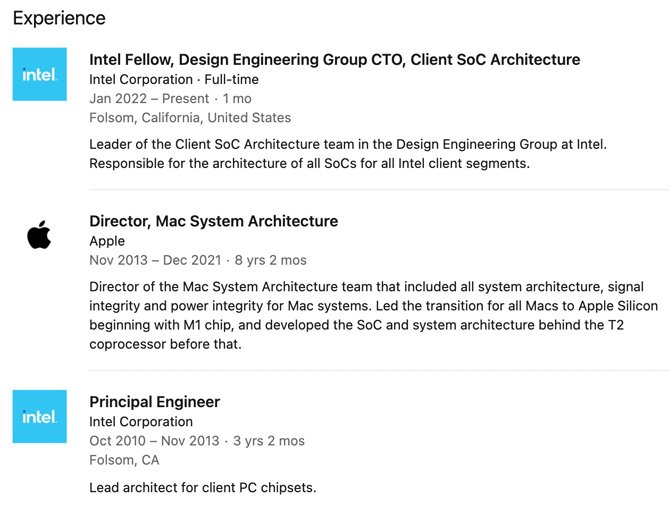 While Wilcox did not reveal specific details about what he will be doing at Intel, it is speculated that he will work on developing new SoCs based on the x86 architecture. If this is confirmed, it remains to be seen how they will fare against Apple’s M1 line in the future, as the company’s new chips have been highly praised for their good performance.