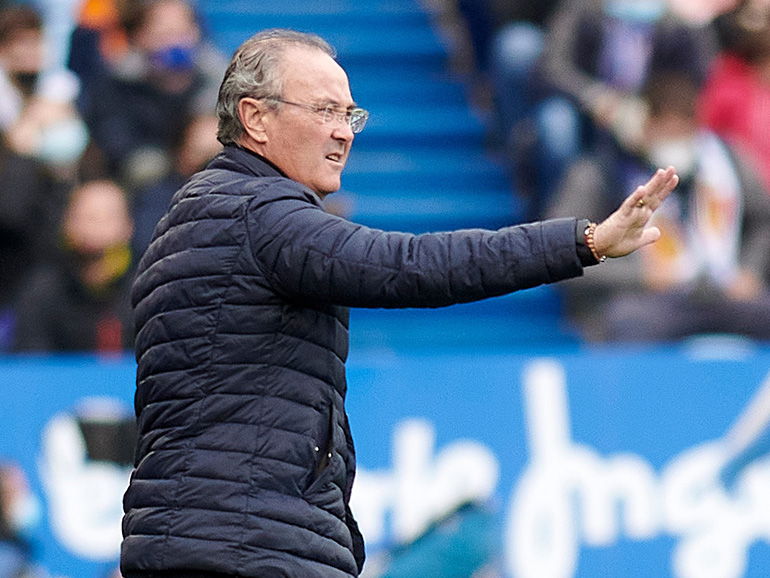 This December 14, 2021, Juan Ignacio Martínez celebrates one year at the helm of Real Zaragoza. In this year, the merit of the coach is striking, since, with an average of 1.43 points per game, the projection is between 60-61 points per season. This is the number of points that Elche earned promotion in the playoff in the 2019/20 season and that he was about to earn Real Zaragoza in 2014/15. The tragic end that took place in Las Palmas is well known.

Juan Ignacio, JIM, arrived at the Maño team to debut in the Cup, but in the silver category he did so with a victory against Lugo on matchday 19. Four victories and two draws in their first seven games allowed the Blanquillo team to move away from the positions relegation to Second Division. There you could see that Real Zaragoza had changed their face.

Between matchdays 30 and 40, both included, they barely lost one match, achieving five victories and four draws. The epic was consummated in La Romareda, against Castellón, beating those of the Valencian Community 3-0. Although the overwhelming defeat at La Romareda in the last competition match against Leganés clouded JIM’s work, it all turned into a bad anecdote.

Now, the coach is immersed in a new battle: to improve those numbers to ensure a place among the top six. It is true that, with 61 points, many times it is not enough to fight for promotion, but there are examples that it has been possible to achieve. With 68 yes. And although it goes game by game, it has always been clear that the objective was to “be in the ointment.”

There is still one game left before the first round break and it is essential that Real Zaragoza achieve a victory that allows them to reach Christmas with 29. Tenerife, the next rival of the hands, is in fourth position, so the match will be the most complicated. Now, with the support of La Romareda, anything is possible.

Precisely on his birthday, the coach must face a Copa del Rey match against Burgos. As already announced, the tie must be passed not only because of the importance it has in Zaragoza’s history, but also to get rid of the “bad taste” of the defeat against Almería. Just as it was released in the Cup a year ago, it is time to go to the next round in the competition without forgetting that the most important thing is played every weekend.