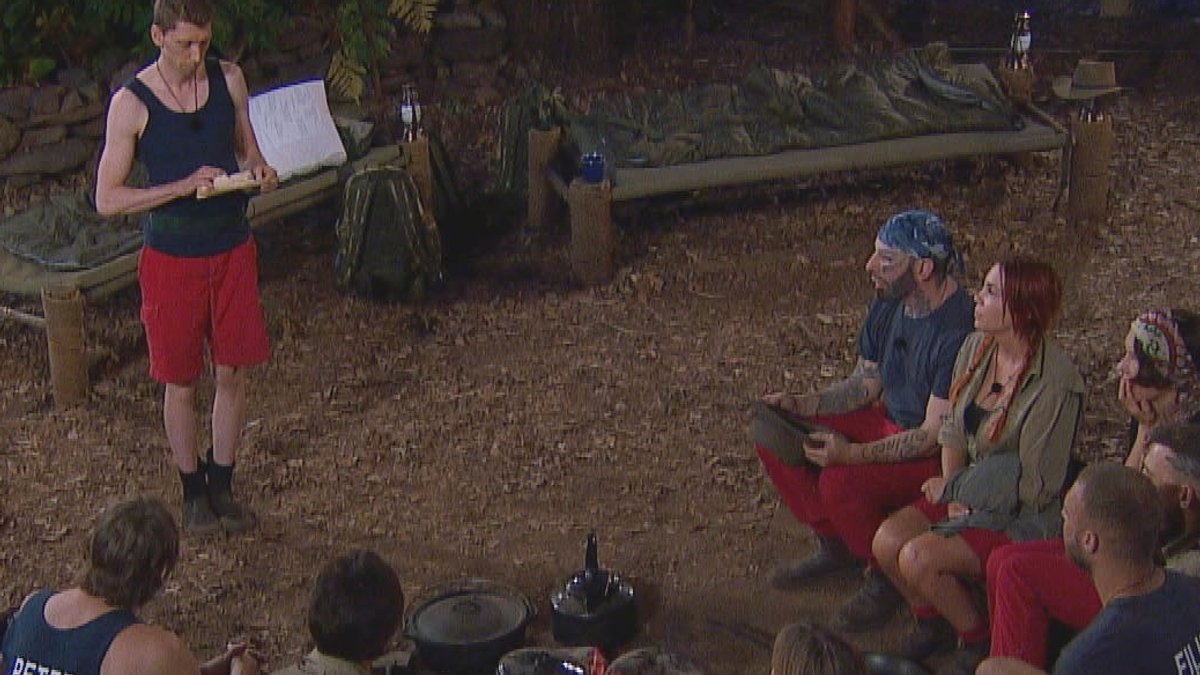 On the sixth day of “I’m a star – get me out of here!” (also on RTL+), bad news caused all jungle campers to be depressed – but especially Anouschka Renzi (57). An unplanned tooth loss at Tara Tabitha (28) required an expert team in the camp. The Austrian was still able to compete in the jungle test, but with success?

Eric wants to make peace with his mother

At the beginning of episode six, Eric Stehfest (32) revealed that he had serious intentions in the camp: “I want someone to hear and see me. Someone very specific,” he confided in Tina Ruland (55) in a private conversation by the river. “I haven’t had any contact with my mom for a long time now. I just want to send her a signal that I really, really want us to find each other again,” he said. The last few years have not been easy for the ex-“GZSZ” actor, “because rape and abuse were the issue for my wife and me”. His wife Edith Stehfest (27) recently had to face the perpetrator in a court trial.

As a result, there was a “violent argument” between Eric and his mother “and I hurt her very much”. Since then there has been silence. Eric’s goal: “I just want to apologize for doubting her love for me. I’ve only just come to appreciate what it means to have a mom.”

85 rule violations will have consequences

In the evening, the stars in the camp received unpleasant news: Hard to believe, but in a full six days the camp residents have broken the rules no less than 85 times. In other words: They were alone in the camp, exchanged luxury items with each other, they slept during the day and the microphones weren’t worn non-stop. The punishment: everyone had to give up one of their two luxury items.

This once again put Anouschka in an uproar. The actress ended up giving away just four of her six total earbuds, a fact that wasn’t lost on her fellow campers. From Anouschka’s point of view, only one person was to blame: Tina, with whom she had clashed a few times in the past few days. Tina had a clear opinion on Anouschka’s allegations: “She has a completely wrong perception of where she is and what she has promised!”

Anouschka later apologized to Tina. However, the conversation between the two escalated. The end of the song: Anouschka had to pay an apparently urgent visit to the jungle toilet. In the jungle phone she summarized the situation as follows: “I know that everyone thinks I’m pretty shitty. But so do I.”

The back and forth between Tara and Filip Pavlovic (28) continued. However, that didn’t detract from Tara’s dental care – or did it? After the sumptuous dinner, the Austrian felt the need to clean her teeth with dental floss. One of her veneers fell out. “It just didn’t happen,” said the shocked Tara, who burst into tears again after not finding her tooth the first time.

dr Bob, “the man for everything” as Filip enthused, finally took care of a team of experts who brought Tara’s smile back into shape. All’s well that ends well!

Linda and Tara in the “Schrotto-Lotto” madness

Tara and Linda Nobat (26) had to prove themselves in the “Schrotto-Lotto” in the jungle test. Both were strapped into two seats in an oversized lottery drum filled with numbered balls as well as animals, insects, meat scraps and various unpleasant-smelling liquids. Meanwhile, the two had to answer several questions, but to fish out the balls with the right number. In the end, the women’s duo earned three stars.

Next Thursday it will hit three celebrities: Once more Linda, Anouschka and Jasmin Herren (43) have to go to the jungle test.