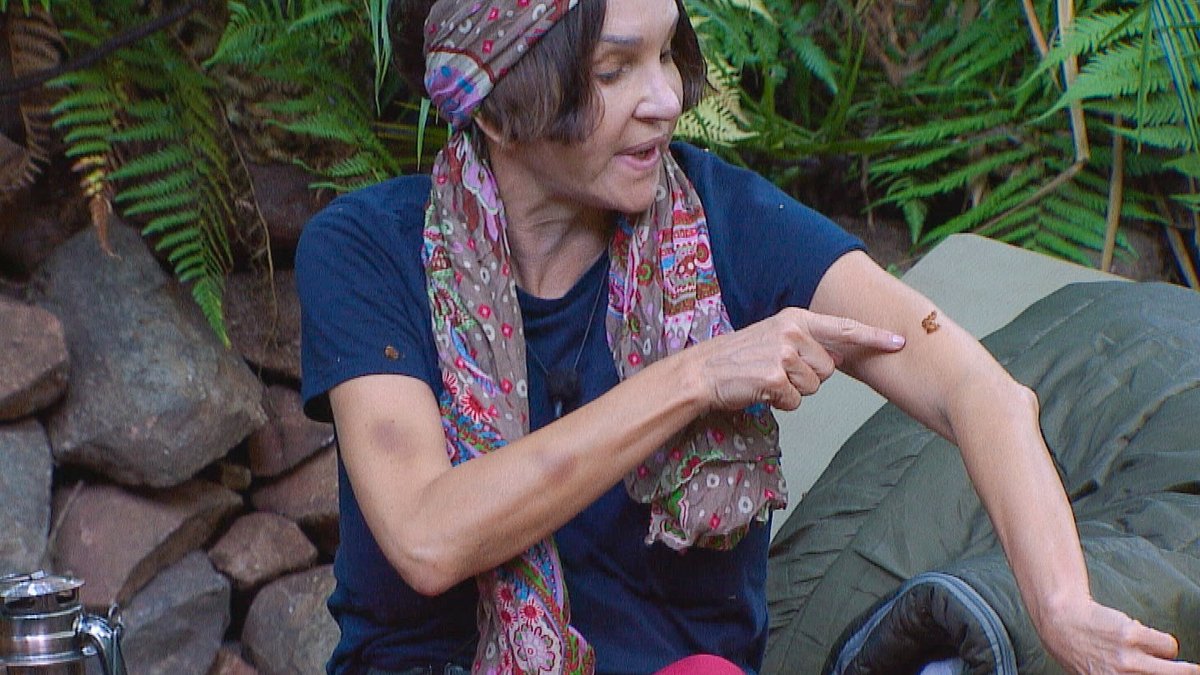 South Africa is not Australia. While Down Under, at most, a harmless spider has strayed into the jungle camp, the monkeys at the Cape of Good Hope simply cannot be tamed. After Filip Pavlovic (28) was attacked from a tree with monkey droppings, Anouschka Renzi (57) got it this time. A primate bombards them with its excrement. Disgusted, she shows the corpus delicti on her arm. Unlike Filip, the actress has mainly made enemies so far, with the exception of her old friend Harald Glööckler (56). “Got the right one,” says Tara Tabitha (28).

Contents
See nothing, hear nothing, say nothingFilip and Tara: treasure hunt after quarrel(smi/spot)

Monkeys also play a role in the jungle test of the seventh episode of “I’m a Star – Get Me Out of Here” (also on RTL+). The three famous monkeys from the Japanese proverb – see nothing, hear nothing, speak nothing – are apparently the inspiration for the game “The Grand Prix of Mpumalanga”.

See nothing, hear nothing, say nothing

Jasmin Herren (43) has to steer a jeep through a course blindfolded. Anouschka gives her commands. She sits with headphones against the direction of travel. She has to interpret the hand signals that the mute Linda Nobat (26) gives her. A classic in the jungle camp and related shows, which once again causes maximum confusion and shouting. Zero stars are at the end. Scapegoating at the game is like at Camp Anouschka. “It’s because you never listen,” Linda yells.

In the base camp today is the big discussion between Filip and Tara. The Austrian reality queen (self-proclaimed) already saw herself as a partner of her German trash TV colleague after a one-day flirt. She is upset that he has been avoiding her for a few days. He doesn’t quite understand why she wants to file claims on him. “Tara, you’re acting like we’ve been in a relationship for three years,” he says. “I don’t know what you thought, how far that was. We are not related. I think we’re too different.”

that fits. Nevertheless, the conversation goes on. They talk past each other like the three colleagues at the “Mpumalanga Grand Prix”. In the end it’s all about who doesn’t understand whom and why.

But the makers in the background are not giving up. They send Tara and Filip on a treasure hunt together. A showmanship of the two would be so nice. Tara and Filip have to keep a water wheel running all night – with success. Not only do they win a treasure chest full of coffee, they also make up again. uh