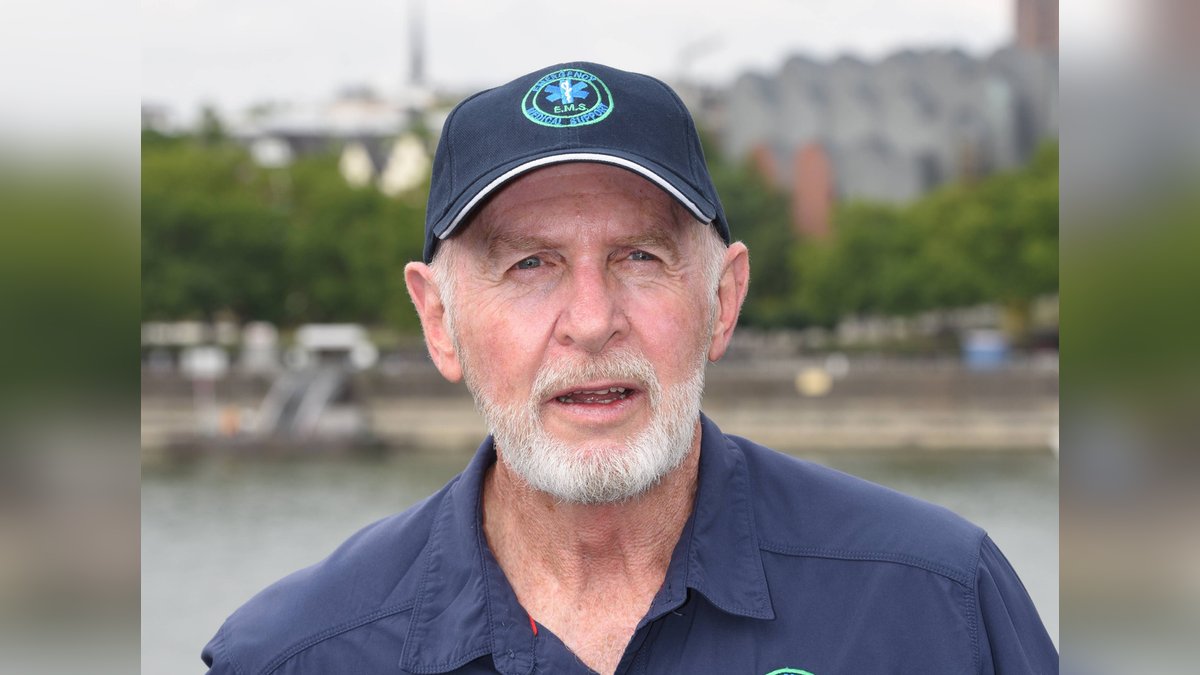 The anniversary season of the jungle camp starts on January 21 at 9:30 p.m. on RTL and RTL+. Daniel Hartwich (43) and Sonja Zietlow (53) will moderate again. In addition, another important person on the reality show is back: camp doctor Dr. Bob aka Bob McCarron (71).

Contents
The German celebrities actually go into the jungle in their home country of Australia. Why did you also want to be part of the jungle camp in South Africa?How was the trip to South Africa?What makes the camp in South Africa different from the one in Australia?What is the camp like?Have you prepared yourself for the new camp?What do you think of the candidates?What can you reveal about the jungle trials?How did you actually get to Dr. become Bob?The German viewers love you. Do you have a message for them?What is your life like in Australia right now in terms of the pandemic?(yom/spot)

In an interview with the news agency spot on news, the Australian wildlife biologist and paramedic explains why he made the journey to South Africa and why he finds the camp near the Kruger National Park so special. He also reveals what animal dangers await the celebrities and how he assesses this year’s candidates.

The German celebrities actually go into the jungle in their home country of Australia. Why did you also want to be part of the jungle camp in South Africa?

dr Bob: My colleagues Sonja and Daniel and the entire crew of the show are family to me. When the people in charge asked me if I would come to South Africa, I didn’t hesitate for a second.

How was the trip to South Africa?

dr Bob: I was lucky that just before I left, Qantas Airways announced that it would be operating its first non-stop service from Sydney to Johannesburg in two years. After 14 hours we landed and everyone clapped. That was a great trip.

What makes the camp in South Africa different from the one in Australia?

dr Bob: There aren’t many differences. The South African camp is slightly larger, but we are again in a semi-tropical, very green forest with an average temperature of 36 degrees and 85 percent humidity. So it’s very warm and wet. In terms of animals, there are a few more dangers than Australia. There are some dangerous snakes that worry me the most because they get into camp very quickly, although rangers and cameras will try to keep an eye out for them. We also have very large scorpions and spiders and also monkeys and baboons. They jump around in the trees as they please. So it may well be that celebrities wake up in the night when a monkey jumps on their bed. That could be fun (laughs).

dr Bob: I think it looks great. I’ve tried the beds and hammocks and sat by the fire pit. Being a bit bigger gives it a nice vibe, the celebs don’t have to sit on each other less – although again some will feel like they’re in prison (laughs).

Have you prepared yourself for the new camp?

dr Bob: Yes. As a wildlife biologist I obviously know a lot about flora and fauna, but I bought two books, one about snakes and one about marmots in South Africa. I am always reading and learning and I love working with animals. Whenever my wife and I have time here in South Africa, we go out at night and observe, for example, the nocturnal galagos, also known as bush babies. Luckily there are no predators near our accommodation.

What do you think of the candidates?

dr Bob: I really like every one of them. You are among the best celebrities I have met so far. They all want to win and are very motivated, it can be a great relay.

What can you reveal about the jungle trials?

dr Bob: We will definitely use the environment for ourselves. We are shooting between the Blyde River Canyon and the Kruger National Park and the Blyde is the third largest and greenest canyon in the world. So the trials will be about the animals and the plants that live and grow here.

How did you actually get to Dr. become Bob?

dr Bob: I’ve been going to Dr’s in other jobs for about 40 years. called Bob. After being part of the British version of the jungle camp from the start, I was also allowed to work for the German show in 2004 and Dirk [Bach, früherer Dschungelcamp-Moderator, Anm. d. Redaktion] Already when I got to know Dr. called Bob. The name has stuck with me to this day. I love the job, I’ve known many of the colleagues for more than 15 years now.

The German viewers love you. Do you have a message for them?

dr Bob: I love her too. Whenever I’m in Germany, I’m recognized and spoken to on the street. And they are always so friendly. Even in Vietnam or Fiji I have met German tourists and chatted with them. I don’t know how they even recognized me without my Dr.Bob suit.

dr Bob: We’re fine. We live in the Kangaroo Valley in New South Wales, which is home to only around 1,000 people. We lived in a bubble there for the last year, my wife and I were very safe there. I didn’t see much of my family, who lives about three hours away from us. Before the jungle camp, however, we were able to celebrate a reunion.