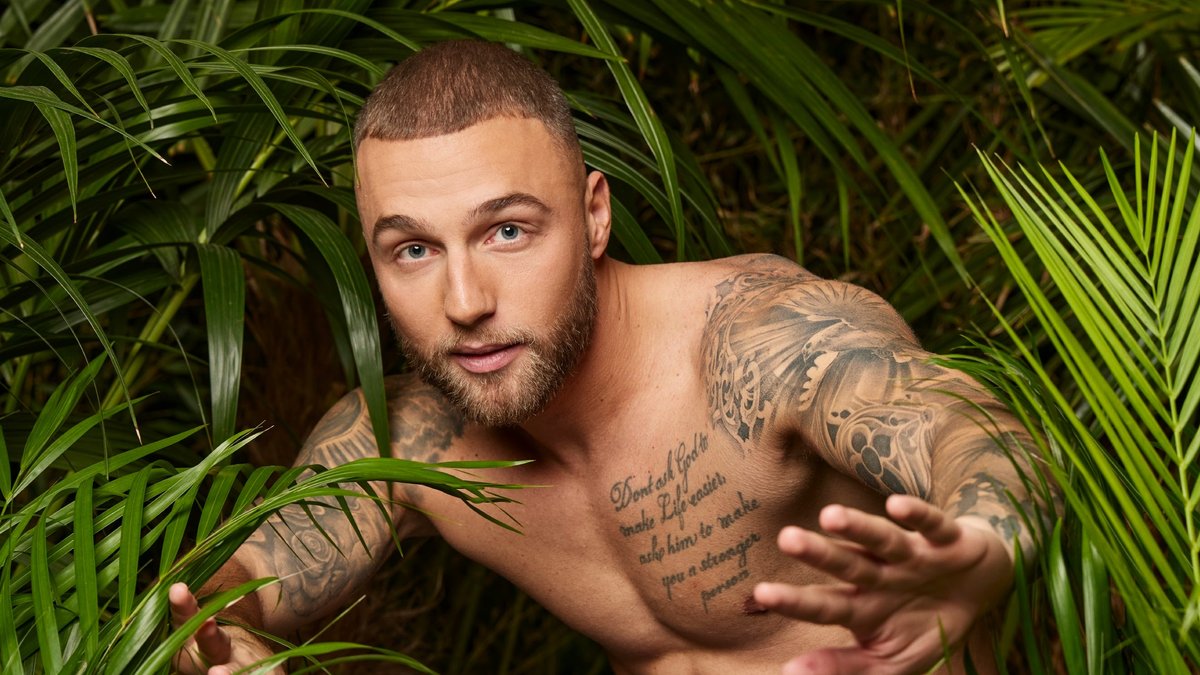 While Germany is still looking for the new superstar, a fresh king of the jungle has been sitting on the throne since Saturday evening. In the anniversary season of “I’m a star – get me out of here!” on RTL (also on RTL+), Filip Pavlovic (27) secured the crown – plus prize money of 100,000 euros.

After all the drama and arguments of the past few days, there was mostly harmony in the jungle camp on Saturday evening. In the all-men final, however, the trio had to prove themselves in three tests before the decision was made. At the beginning of the show, the candidates Harald Glööckler (56) and Peter Althof (66), who were eliminated shortly before the final, were given a bit of airtime. Although Filip was slightly upset after a short discussion with Peter, there was no major quarrel – as was the case with some other candidates who had already been eliminated.

The titles of the last tests caused confusion among the finalists. Each of the three should face a task named after the musketeers “Athos”, “Porthos” and “Aramis”. “Aramis sounds like anus,” Filip stated, before Eric Stehfest (32) realized that it was probably the musketeers – or the “muscle animals”, as Manuel Flickinger (33) called them. The celebrities were able to earn five stars each. The first three stars stood for starters, main courses and desserts for the campers, the fourth for the star’s favorite drink and the fifth for an additional “goodie”.

The motivated Filip was the first to set off for his final “Athos” test with goosebumps. He was to last ten minutes strapped into a large star while being gradually showered with all sorts of creatures. Mealworms, crickets and maggots were followed by four small crocodiles. “People, they bite me. […] My nerves are at the end,” said the 27-year-old. In addition, there were gradually giant cockroaches, four ant nests and 24 snakes. Filip held out for ten minutes, got the five possible stars and was “incredibly proud” of himself. By the way, the ants were particularly bad: “Really painful!”

Eric wanted to “take on any challenge” and took the “Porthos” exam “without fear”. He was served five courses, each of which had to choose between a delicacy and a less appetizing alternative. The actor turned down a fruit platter, chicken and feta salad, prawns and a steak, waffles with cream, and apple spritzer. Instead, without batting an eyelid, he grabbed impala eyes, cockchafer larvae, sea slugs, and a piece of ostrich heart, kudu brain, and a jar of cow urine. “The king of the jungle must be able to eat everything,” he said almost casually. “Eric, you’re really awesome,” said moderator Daniel Hartwich (43). His colleague Sonja Zietlow (53) was quite speechless. He was finally able to fight for four stars. There was only a deduction because he couldn’t eat the ostrich heart in the allotted time.

Manuel turned out to be the last finalist of the “Aramis” exam. The ex-“Prince Charming” contestant was first given diving goggles and a snorkel before being fitted with a glass helmet. This was then first filled with water – and then with frogs and an eel. Although he had no problems with the animals, he said before starting the task that he suffers from aquaphobia and panics when his head is under water. Manuel courageously faced the challenge, which he had to abandon prematurely after around one and a half minutes. While Filip and Eric were able to win appetizers and main courses for the finalists, unfortunately there was no dessert due to Manuel’s failed exam. “Don’t worry, Digga,” Filip comforted.

The decision in the jungle camp

A penultimate time, the three candidates in the men’s final called on their fans to call for them – and thus help them win. It soon became clear that Manuel was the third-placed celebrity of the season. Nevertheless, he was able to sum up that he was satisfied with his performance. After another round of calls from the two remaining stars, the final decision should be made: Filip is the winner! “Oh my God. Thanks guys, thanks,” he yelled into the jungle. “I’m just king of the jungle!”

The jungle fun for fans of the format is not really over with the finale. Already on Sunday from 8:15 p.m. on RTL “I’m a star – get me out of here!” The Great Reunion” aired. In the show, the candidates of the anniversary season review their time at the camp.