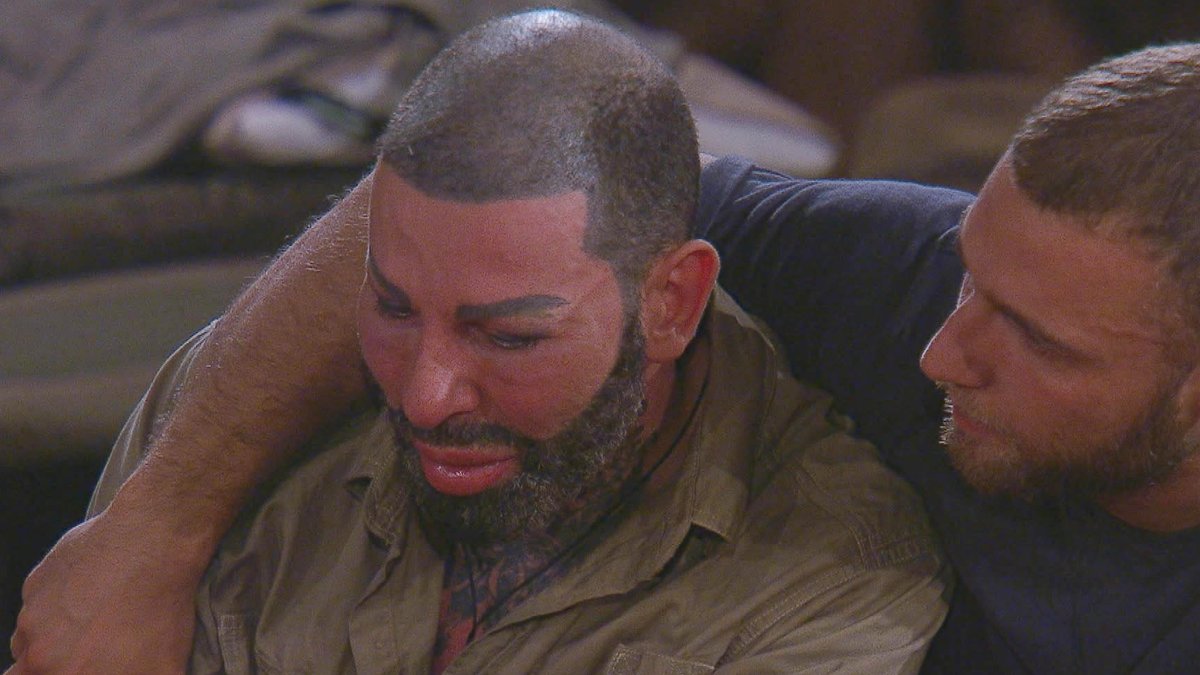 The candidates have been in the jungle camp for almost two weeks now, and the beds are getting emptier. As every year at this time, the creators of “I’m a star – get me out of here!” (also via RTL +) use the emotional ultima ratio: letters from home. The measure worked this time too.

Camp captain Harald Glööckler (56) can distribute the good news. As always, the stars read each other’s messages from their loved ones. Manuel Flickinger (33) is allowed to recite a letter from his sister to Filip Pavlovic (27). She also sends greetings from the proud parents. Apparently not a matter of course: “I don’t have the best school leaving certificate, I started three apprenticeships and didn’t finish any of them. I never gave them reasons to be proud of me. Now, for the first time, I feel like I’m making her really proud.”

Manuel, in turn, gets a message from his father: “You rock it. You’ve been a star in our village for a long time.” Peter Althof (66), friend of cultivated flat-headed humor, gets feedback from his wife: “Your humor blows up the monitors on German TV . You’re going down really well.”

The attachment also finds the constant troublemaker Anouschka Renzi (57) funny. “You make me laugh every day. You are an original in every respect. I love that about you,” writes her daughter Chiara.

The now repentant one-day rebel Eric Stehfest (32) gets support from his wife Edith (27). “I am deeply touched by your bravery,” she writes, alluding to his refusal to take an exam to punish his evil roommates. Once again she awakens understanding for her husband and his repressed fears from his drug past. “I know you never wanted to talk about fears from your past still being aroused. When you’re with me again, I’ll keep the demons away from you.”

But the highlight for Eric is that his mother also gets in touch. He had no contact with her for a year. With his participation in the jungle camp he wanted to reach her. The message apparently came through the TV. His mom writes: “I heard your message. But now enjoy this adventure and have fun.”

The last one is Harald’s turn. His letter read: “Please continue. Above all, stay calm and sane. Everything is fine here at home. But of course I miss you, because we’ve both become one.”

However, the letter does not come from his husband Dieter Schroth (73), about whom Harald complained bitterly in the camp. His dog signed it! No joke. Neither Harald nor the other candidates seem to be asking who really wrote the letter. Instead, all dams break. Tears flow down the tattooed beard.

No tears at Anouschka – and no stars

Only one doesn’t cry during the hay party: Anouschka. “I’m considered heartless now, but I’m so tired that I have no more tears,” she says to Filip at the campfire. She had already shed tears the day before. On the phone she told about the relationship with her daughter. She raised the 23-year-old practically alone, almost crushing her with her love. With her own mother, acting legend Eva Renzi, it was apparently the other way around. She dragged her daughter from one country to the next but had little time for her. “She was filming non-stop and I was always organized away. I was missing one constant in life. That’s why I’ve always courted love,” says Anouschka. When she talks about her mother’s death – the night after an argument – ​​tears flow.

By the way, it was still played. At least partially. Filip and Manuel successfully go on a treasure hunt. Anouschka and Harald have to go through the jungle test. But they categorically refuse to climb into a tank full of meat waste and fish crud. Above all, Harald, as a vegetarian, balks. And that despite the fact that he had previously swung extra large tones. But he has his convictions. And Anouschka finds the task degrading. Without stars it goes back to the camp.

Apparently this leaves its mark on the viewers. Anoushka has to go. This means that the last woman moves out two days before the final.