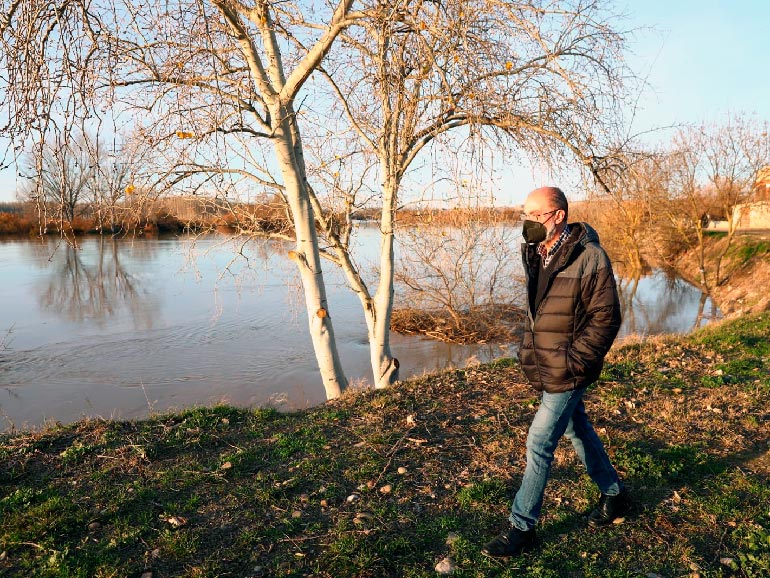 The president of Aragon, Javier Lambán, estimates that the Ebro river would need a global investment of 80 million euros from the State to face the cleaning of the channels and reduce the damage caused by future floods. An amount that the regional executive contemplated in its so-called Ebro 2030 Plan and that would allow “eradicate risks to populations.”

Thus, Lambán has been “satisfied” with how the work of previous years “has paid off”, being “the best spur” to “continue cleaning the river and the vegetation.” In the same way, he has called for the construction of reservoirs to “lessen the impact” of the rivers. “Without reservoirs that contained the coming of the tributaries, we would speak of humanitarian catastrophes,” he said, adding that “given what climate change implies in irregular rainfall, it will be increasingly necessary to have stored water.”

Once the peak of the flood has passed Novillas and Pradilla, the following concerns are fixed in the Alagón and Zaragoza section and in the Ribera Baja, moving the command post to Pina de Ebro. “You have to continue hour by hour the course of events and see how the channel evolves ”, Lambán pointed out.

On the other hand, the leader of the Aragonese Executive thanked Pedro Sánchez for the “speed” when it came to declare the catastrophic zone due to the extraordinary flood. “This requires making a damage assessment, which we will do immediately if the river comes. The damage to rural areas, farms and infrastructures will have to be carefully evaluated and the Government will have to respond there ”, he stated.