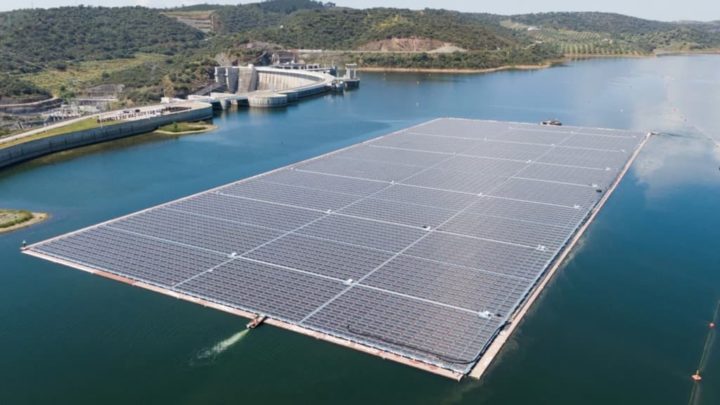 Portugal has been investing heavily in renewable energies, whether in terms of wind farms or floating solar parks. Today the largest floating solar park will be inaugurated which is made up of “close to 12,000 photovoltaic panels”.

Find out where this floating solar park is located, which is considered the largest in Europe.

The Alqueva Floating Solar Power Plant, in Alentejo, “the largest floating solar park” in a dam reservoir in Europe, opens this Friday, in an investment of six million euros, revealed EDP.

The opening is scheduled for 10:30 am this Friday, with a ceremony at the crowning of the Alqueva dam, between the municipalities of Portel (Évora) and Moura (Beja), followed by a boat visit to the floating solar power station, according to EDP.

The floating solar plant consists of “close to 12,000 photovoltaic panels” and was moved, on May 5, from the bank to the final area of ​​the reservoir, EDP explained to the Lusa agency, in clarifications provided via email.

The Alqueva project is “the largest floating solar park in a dam reservoir in Europe”, highlighted the Portuguese company, “a pioneer at European level in the development of floating solar technology”.

Floating solar technology is a decisive innovation in the use of resources and the expansion of renewable energies, which contribute to reducing energy dependence on other sources and accelerating the decarbonization process.

Refers to the EDP press release 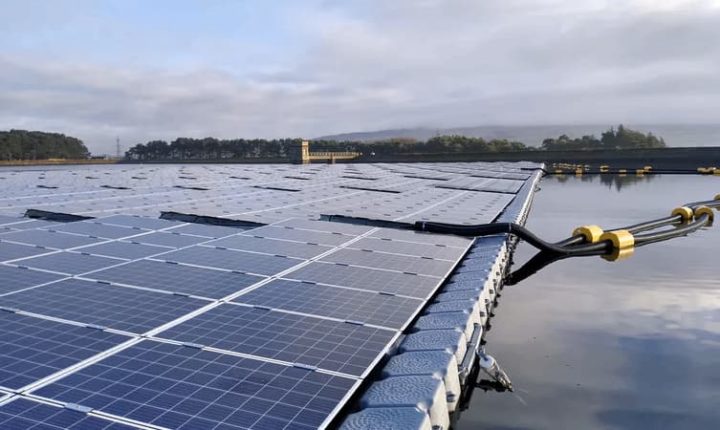 This new project in Alqueva, which involves a total investment of six million euros, “is in line with EDP’s strategy to be 100% green by 2030 and to increase investment in innovation and renewable projects”, he highlighted.

According to estimates, the floating solar plant in the Alentejo reservoir, with a power of 5MW (megawatts), should produce around 7.5GWh/year (gigawatts per hour/year).

“The expectation is that it will supply the equivalent of more than 30% of the families in the region (Portel and Moura), which corresponds to around 1,500 families (average of four people per household)”, said EDP.

The platform occupies four hectares, equivalent to about 0.016% of the total space of the Alqueva reservoir.

The floating solar project in this reservoir also includes the installation of batteries with a storage capacity of around 2MWh.