It was expected that the Samsung announced the new tablets in the series Galaxy Tab S8 during the CES 2022 that happened during the last week, however it ended up not happening. We know that the announcement of the device should happen in the next few weeks, but a new leak of real images of the devices and a certification suggests that they should be released very soon.

The images, which were obtained by the portal SamMobile, which specializes in news from gigante-sul, show the models Galaxy Tab S8, S8+ and S8 Ultra, which will be the first to be released in the series. The portal did not inform the source who sent them these images, but they also do not reveal much of the models, showing only little information such as the dimensions of the devices. 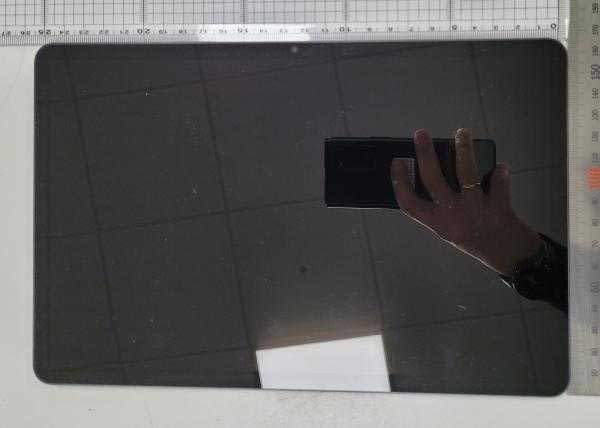 The portal shares some information about the features that may be on the device, one of which is the presence of the manufacturer’s new BRS technology, which brings thinner bezels to tablets. The front screen of Galaxy Tab S8 should be 11 inches, that of the S8+ of 12” and the S8 Ultra must have a 14.6″ OLED screen.

In addition to the leak of full-size images of the company’s tablets, another factor that corroborates the very close launch is the devices being located in some certifications around the world. As shown by leaker Max Jambor, it is possible to find a model of the series Tab S8 already registered in the certification FCC.

But according to the sources heard, the biggest highlight of the Samsung Galaxy Tab S8 Ultra it could be your internal hardware. The device must use the new processor Snapdragon 8 Gen 1, announced at the end of last year by the Qualcomm, which can make it one of the most powerful tablets in the world with operating system android.

Another highlight is the 11,200mAh battery with technology supportfast charging up to 45W. All these components would be housed in a body just 5.5mm thick, with overall measurements of 208.6 x 326.4 x 5.5mm.