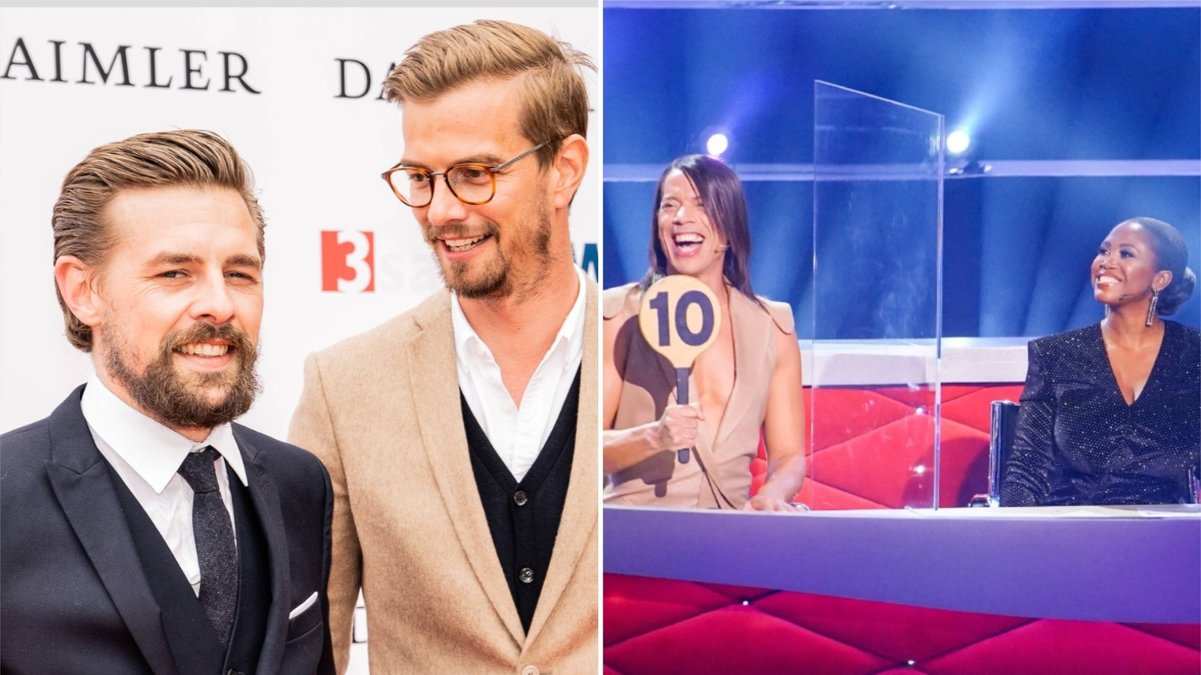 The 2021 television program not only entertained us and distracted us from the ongoing corona pandemic. It also gave us moments that surprised, shocked or even moved to tears. Be it the documentation of the entertainers Joko Winterscheidt (42) and Klaas Heufer-Umlauf (38) on the care emergency or the moving fate in “Showtime of my Life – Stars Against Cancer”. These emotional TV moments are sure to be remembered for a while …

Contents
“Let’s Dance”: A dancing couple even moved Llambi to tearsJoko and Klaas: “Care is not a matter of course”“Sing my song – The Swap Concert”: Ian Hooper and Joris burst into tears“The Masked Singer”: Samuel Koch surprises as a phoenix“Showtime of my Life – Stars against Cancer” is an emotional appeal for cancer prevention(jru / spot)

“Let’s Dance”: A dancing couple even moved Llambi to tears

Die-hard fans of the popular dance show “Let’s Dance” know: The show offers numerous emotional moments every season, for the dancers as well as for the jury and audience. For example, the finalists Rúrik Gíslason (33) and Nicolas Puschmann (30) moved the jury to tears with their performances in the 14th season of the show. Gíslason dedicated the freestyle dance for “Circle of Life” to his late mother and thus gave the audience and judges goose bumps. Nicolas Puschmann, on the other hand, created a touching moment with his contemporary dance, in which he danced the interim separation from Lars Tönsfeuerborn (31), which brought tears to our eyes.

A dance couple even managed to activate the tear gland of the strict dance judge Joachim Llambi (57) in 2021. In the big professional challenge of the show, the world champion couple Renata (34) and Valentin Lusin (34) danced a choreography that left Llambi speechless. He watched the spectacle with wet eyes and later noted with approval: “Great is almost too little of the word.”

Joko and Klaas: “Care is not a matter of course”

In the show “Joko and Klaas against ProSieben” the entertainment duo can regularly win 15 live minutes on the home broadcaster ProSieben. The moderators can design these freely. As early as 2020, the entertainers surprised not only nonsense programs but also serious topics such as sexual harassment or the situation in the Moria refugee camp.

In 2021, Joko and Klaas teamed up with ProSieben for the first time for a live project. Instead of 15 minutes, the station broadcast the current day-to-day life of nursing staff for almost seven hours in real time from 8:15 p.m. Nurses from the Münster University Hospital were accompanied by the camera and spoke openly about the escalating situation due to the corona pandemic and the nursing emergency. The special documentation moved numerous people. Under the hashtag # not self-evident, thousands of postings on Twitter, Instagram and Co. from speechless, angry and horrified viewers gathered in a very short time.

“Sing my song – The Swap Concert”: Ian Hooper and Joris burst into tears

Similar to “Let’s Dance”, “Sing my Song – The Exchange Concert” is a show that guarantees emotional moments. On the journey of Gentleman (46), Stefanie Heinzmann (32), Joris (32), Ian Hooper, front man of the folk band Mighty Oaks, DJ BoBo (53) as well as rapper Nura (33) and host Johannes Oerding (39) there was a moment this year that really stuck. In an interview with the news agency spot on news, singer-songwriter Joris revealed that his highlight of the season was when he was allowed to perform the song “Aileen” by the Mighty Oaks.

Because only shortly before his appearance did the 32-year-old find out the story behind it. The play is about Ian Hooper’s late mother. It originated when the Mighty Oaks frontman learned that she was dying. Hooper’s mother, Aileen, wanted him to have a “real” job instead of music. On her deathbed, the singer confessed that he had decided in favor of music. With this story, Hooper moved his artist colleagues to tears even before Joris’ appearance. After the song, the singer broke down in tears with Ian Hooper. “This moment shows the concept of the show very well, because it is mainly about the stories behind the songs,” he explained spot on news.

“The Masked Singer”: Samuel Koch surprises as a phoenix

Quite a few unmasking at “The Masked Singer” caused surprises and horrified faces in the guessing team. But hardly any removal of the mask was as emotional as that of the phoenix in the fifth season. At the end of the fourth show, Samuel Koch (34) was revealed under the elaborate costume. The actor, who was seriously injured on “Wetten, dass ..?” In 2010 and has been in a wheelchair since then, was given a suitable disguise. Because like the phoenix from the ashes, Koch also fought his way back to life after his accident.

The advice team was visibly touched by the performance. Ruth Moschner (45), Rea Garvey (48) and guest juror Thore Schölermann (37) had tears in their eyes not only during his performances, but also when Samuel Koch was unmasked. For Koch, the experience was emotional in a different way, as he revealed to the news agency spot on news: “Touched would not be the right term. I was rather overwhelmed. ”

In 2021, VOX presented the show “Showtime of my Life – Stars Against Cancer” for the first time. 16 celebrities who have a personal history or touch with cancer dropped the covers in the format. This should draw attention to cancer prevention. A topic that touched the participants, moderator Guido Maria Kretschmer (56) and the audience. In an interview with spot on news, Kretschmer raved about the “very great openness” of the participants: “You hear what you would otherwise never hear and see what you would normally never see.”

The moments in which the celebrities told their stories and their relationship to the topic touched millions of viewers. Bestselling author Nicole Staudinger (39) was diagnosed with breast cancer on her 32nd birthday. She is now healthy. On the show she spoke openly about her experiences and why it was so important for her to develop compassion for herself. The show goes into the second round in early 2022 with 16 other celebrities.