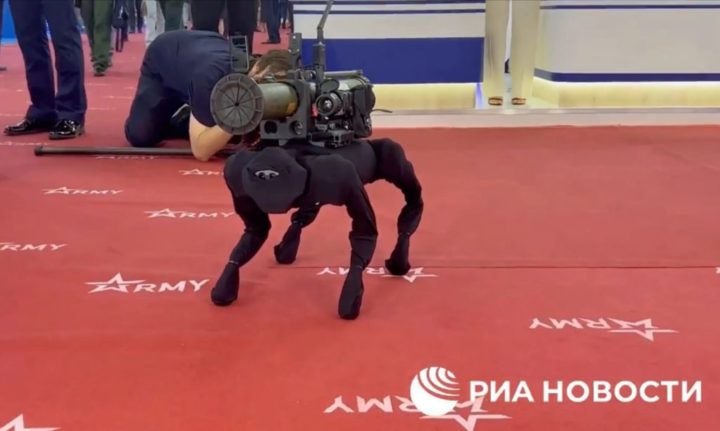 Russia recently revealed yet another ally on the battlefield. It is a robot dog that comes equipped with an RPG-26 (a weapon of war). The M-81 is a copy of Spot, the famous Boston Dynamics dog.

The M-81 robot design belongs to JSC Intellect Machine. Know some of the specifications of this “machine” of war… and not only.

M-81 is a copy of Boston Dynamics' Spot

If you follow the robotics field, you've certainly heard of Spot, the famous Boston Dynamics dog. However, the subject of this article is the M-81, which is a copy of Spot Made in Russia.

According to what was recently revealed, the M-81 was designed for war missions. This dog has the ability to perform patrol duties, carry weapons and ammunition and even shoot.

Video of the M-81 robot-dog armed with an RPG-26 at the Army 2022 defense expo. https://t.co/rUnwoCMoyS pic.twitter.com/BEDjnwstN0

The shared video shows the M-81 on the ground, equipped with a firing weapon. The dog can get up, turn around and move quickly. The company responsible for this robot also mentions that it can be used to deliver medicines in emergency areas. 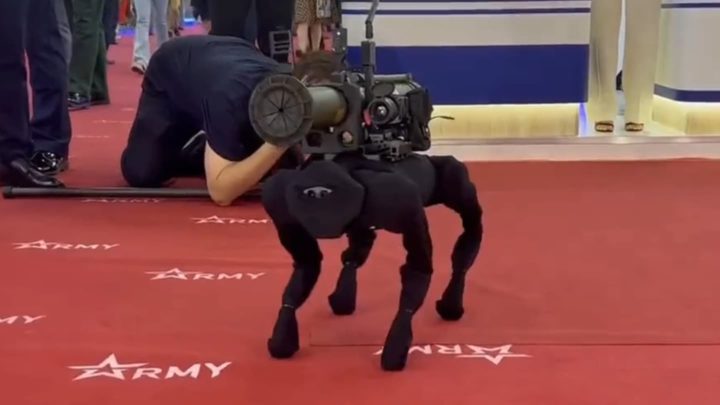 According to the specifications that were shared on the official website, this robot dog is 58 cm long, weighs 12 kg and is capable of carrying between 3 and 10 kg of cargo. The body integrates a sensory system with 5 depth chambers that use artificial intelligence processing.

Just like a real dog, the Chinese robot has an intelligent tracking system that allows it to follow a human. The maximum speed is 17 km/h and it has the ability to move without making noise.