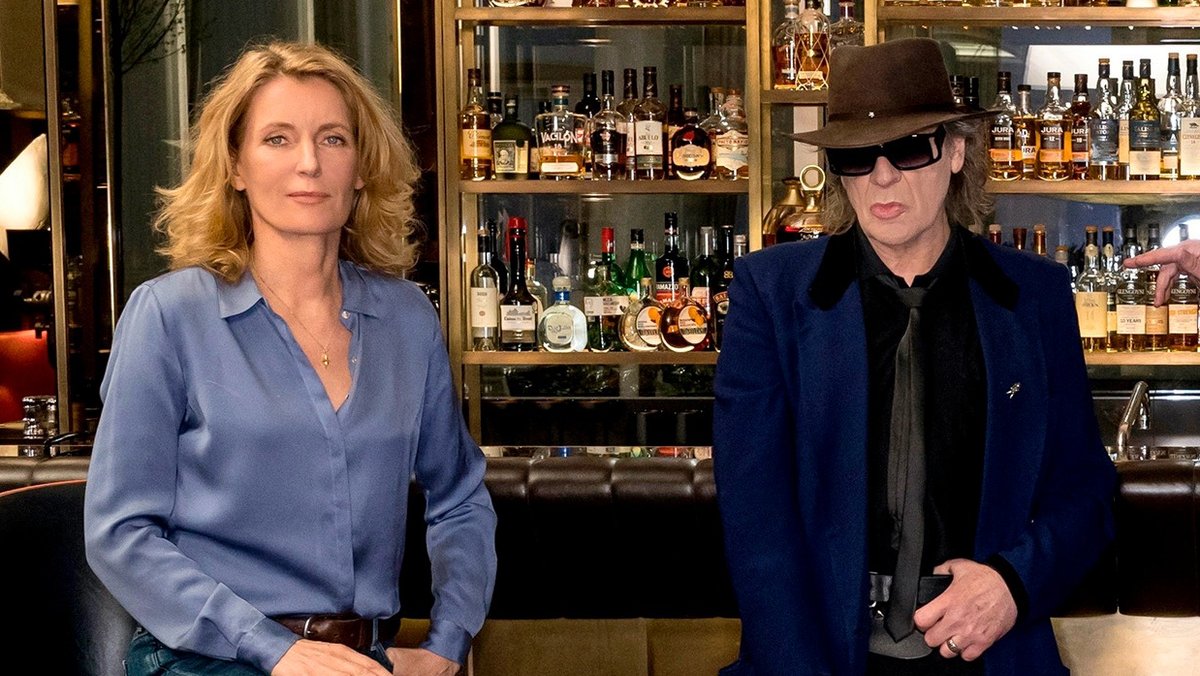 Actress Maria Furtwängler (55) and musician Udo Lindenberg (75) can be seen together in “Tatort: ​​Everything comes back” (December 26th, 8:15 pm, the first) by director Detlev Buck (59). The shooting for the crime thriller took place in Lindenberg’s home, the Hotel Atlantic in Hamburg. The artist has lived there since 1995.

Contents
“Udo is magical”This is what the “Tatort: ​​Everything Comes Back” is about(ili / spot)

On site, the Munich actress was apparently also able to take a look at the hotel suite of the Hamburg resident. What does it look like in there? “In any case, much smaller than I imagined a pop star’s suite would be,” she says in an interview with “Gala” magazine. But that’s not all, she also reveals a few specific details: “Everything is full of pictures and colors and countless books,” says Furtwängler, describing the scenery. And adds: “It’s very cozy and charmingly unspectacular.”

She also describes the popular artist as charming: “Under his hat is a totally charming and humble person. I’ve never seen him rude or arrogant, ”she enthuses about the joint filming. Lindenberg is “a mixture of super chilled and excited”, she says of the “deeply human” artist who “keeps touching us”. “Udo is magical,” summarizes Furtwängler.

This is what the “Tatort: ​​Everything Comes Back” is about

Commissioner Charlotte Lindholm (Furtwängler) travels privately from Göttingen to Hamburg to meet secretly with a man in a hotel. But he’s dead when she arrives – and Lindholm urgently suspect.

Was the murderer one of the Udo Lindenberg doppelgangers who are currently populating the hotel because of a casting? Lindholm does not trust her fellow police officers in Hamburg and continues to investigate on her own. In doing so, she comes across clues that the murder may have been a trap. An act of revenge on the Commissioner?