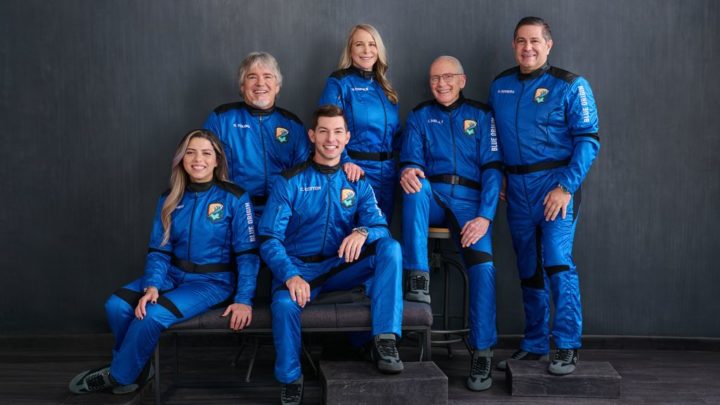 It will be today that Mário Ferreira, the Portuguese businessman linked to the Douro Azul cruise business and the TVI television station, will become the first Portuguese to go into space, on a suborbital journey that should not take 11 minutes.

This was a long-awaited day since space tourism travel began to advertise. Port wine goes in the luggage of the Portuguese.

It will be on board the NS-22 mission of the Blue Origin company of Jeff Bezos that Mário Ferreira, the Portuguese businessman linked to the Douro Azul cruise business and the TVI television station, which is involved in controversy in the country, will go on what will be the sixth suborbital flight with crew.

The autonomous and reusable New Shepard capsule will have five more crew members and is scheduled to take off at 2:30 pm, Lisbon time, from the Texas desert, in the United States, specifically from Launch Site One.

#NewShepard is “Go” for launch tomorrow from Launch Site One. #NS22

The launch can be followed at directly on the Blue Origin websitein your youtube channel and all updates should also happen on the twitter.

It is expected that the crew will pass the barrier that separates the limit of the Earth's atmosphere and space and feel the microgravity, in a short trip of just over 10 minutes between take-off and landing, in a fully autonomous spacecraft.

With Portuguese, on this trip, a bottle of Taylor's Port will go, which, in fact, will work as a test to understand the changes that may suffer in a trip like this, for potential presences in the future of space tourism. A small filigree rabelo boat will also be taken, in a clear tribute to the north of the country.