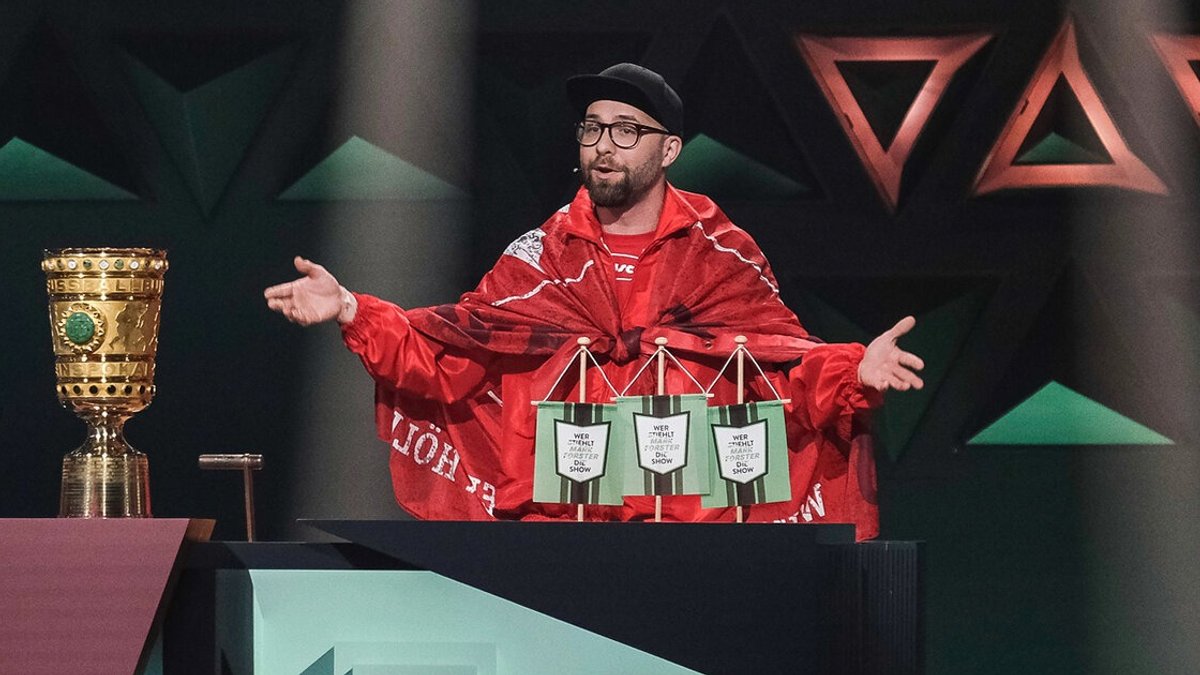 Last Tuesday, Joko Winterscheidt (42) and Mark Forster (38) had an exciting finale in “Who is stealing the show from me?”. As the winner, Forster is now allowed to host the next edition of the ProSieben program this week – and brings the atmosphere of the Fritz Walter Stadium from his hometown of Kaiserslautern into the studio. This is how he fulfills his long-cherished wish, as a big fan of 1. FC Kaiserslautern, to step onto the field himself as a player.

“I am a passionate musician and I was fortunate that many of my dreams have come true. But there is one more thing: I love 1. FC Kaiserslautern. Even as a child I sang the songs, whistled the opponent, got goose bumps when celebrating the goal, ”the broadcaster quotes him.

Tom Bartels commented on the show

As the new presenter, the singer can now design the show according to his wishes. ProSieben promises Rehhagel tracksuit, fan stand, stadium singing, yellow and red cards – and even football commentator Tom Bartels (56) as his own show commentator. As a candidate for his own show, Joko Winterscheidt will try to win the show back. In addition, Anke Engelke (56), Riccardo Simonetti (28) and the 31-year-old wildcard candidate Marie. “Who is stealing the show from Mark Forster?” Can be seen on Tuesday, January 11, 2022 at 8:15 pm on ProSieben and Joyn.