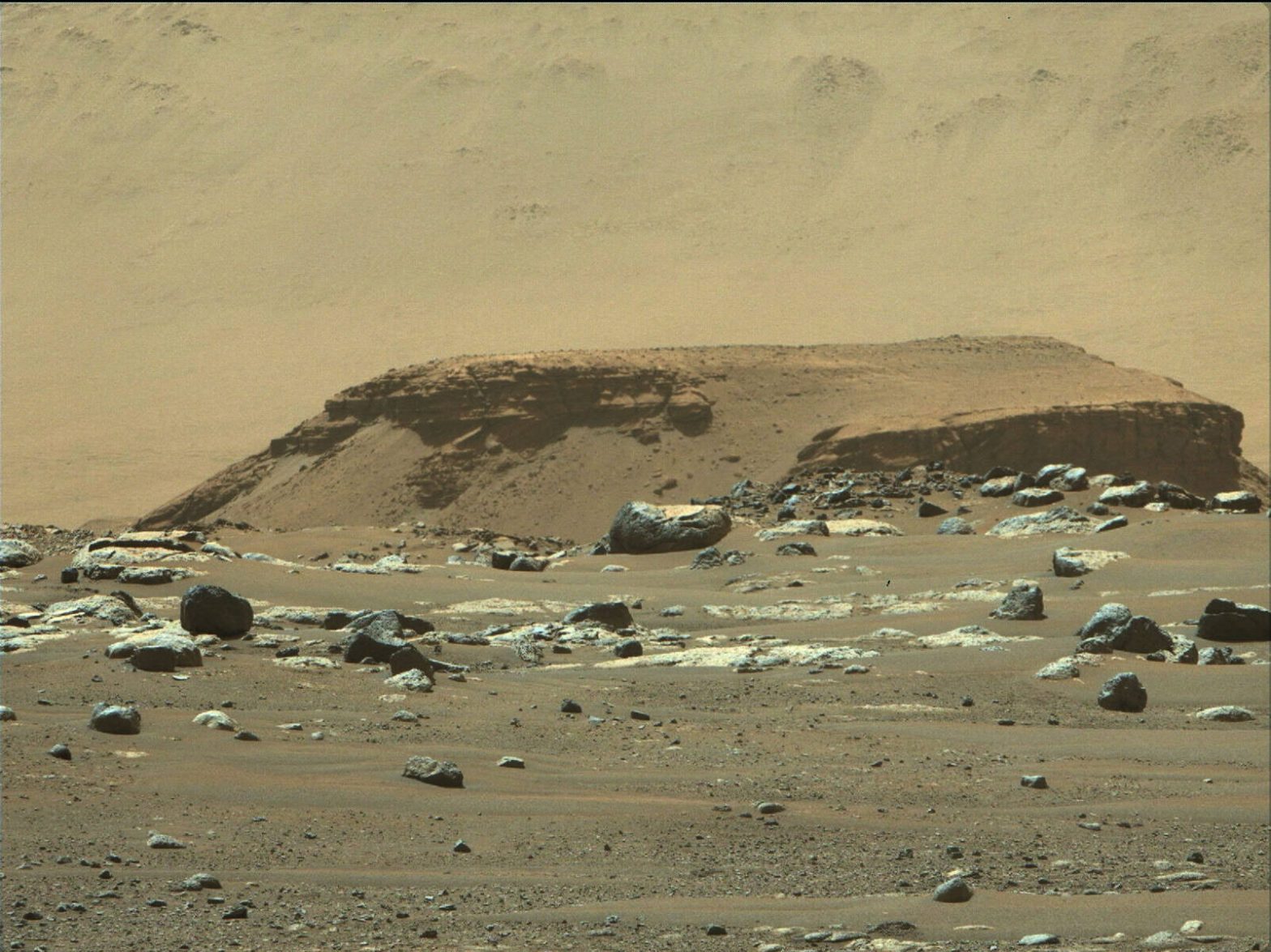 In official NASA photographs, fans often spot the strangest things, which in the end can easily be explained by rocky formations or external influences. Currently one will Mars image from last year even assumed that it would provide “100 percent proof of intelligent life”. What the Mars rover Perseverance however, takes a lot of imagination for such interpretations.

The currently discussed image of Mars was taken on April 20, 2021. Why it’s getting attention right now isn’t entirely clear. All that is known is that it was taken by NASA’s Mars rover using its right Mastcam Z camera. This consists of two components and is mounted on the mast of the vehicle.

However, the supposed alien must first be sought. This is because it is a tiny section on the left side of the entire photo. It shows a stone landscape with various rocks. A small elongated shadow can be seen on one of them.

As Cnet reports, this one – which is very likely caused by another stone – is enough for a self-proclaimed UFO expert to recognize a life form lying on its side. So while NASA has been searching for life on Mars for decades, he thinks he’s spotted it in the Martian image.

Not the last Mars image that causes speculation

Just how absurd the interpretation is is shown by the zoom factor (as seen on Cnet) that has to be applied in order to be able to highlight the stone constellation. If you want, you can recognize a whole person in it:

“I think it looks like shirtless Jeff Goldblum from Jurassic Park.”

Of course, the current photo of the Mars rover is not alone when it comes to corresponding “sightings”. And it most likely won’t be the last one imaginative Mars fans rush into. For example, a NASA recording regularly hovers around the web, which fascinates receptive people in a similar way. The Mars image supposedly shows a human bone.