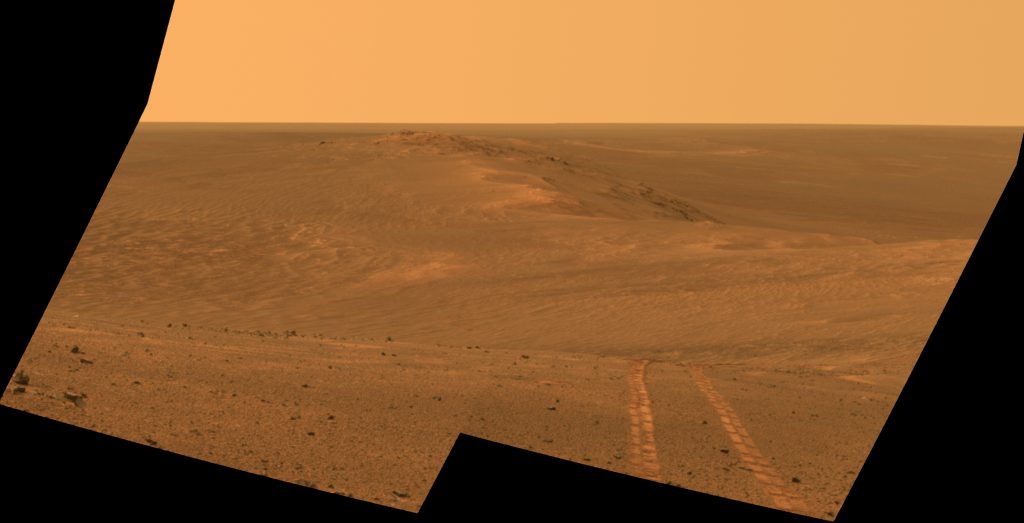 Mars is considered the most Earth-like planet. Although it measures only a third of the mass of the earth, it is still considered a potential candidate for humanity. It is forbidding and barren, its atmosphere deadly, and yet we look for signs of life on it. And so vehicles are already striding across the rusty surface and making them Mars images, which can be seen here. Above all, they show that the distant world has more in common with ours than previously assumed.

The sand dunes on Mars form differently than on Earth. What earth and Martian dunes have in common, however, is that they can migrate. And so a geological feature is shown on the red planet that seems quite earthly to us. So far, Mars is the only planet in our solar system known to science to have sand dunes.

And yet there is something magical about the sight of such structures. They are almost black and very different. The dark ridges of the dunes are several meters apart. However, the interesting feature is the small waves on the dunes. They run in the opposite direction to the ridge and are not found on Earth.

Also interesting: Discovery of a special formation that even amazed NASA researchers

But the picture is edited. Like many other shots, Curiosity’s snap is white balanced. This means that it looks like it does under daylight conditions here on Earth. Such a method is always used when scientists want to take a closer look at the soil conditions. Because every little feature on the surface can change our understanding of Mars.

In 2004, another human scout landed on Mars with the Mars rover Opportunity. The rover operated until 2018, sending data from the region around Endeavor Crater, which also marked the end of its journey. Through the rover’s lens, scientists were able to see signs of formerly open standing water for the first time.

Also interesting: That’s why there is no life on Mars

Opportunity’s image shows the outer western rim of Endeavor Crater, which the rover reached in 2012 and studied until it was shut down in 2018. The tracks left by its wheels on the dusty surface are clearly visible. The sky is orange. The recording roughly shows the real viewing conditions on the red planet.

On the 2533rd Sol, or Mars Day, of its mission, the Mars rover Curiosity sent a selfie back to Earth. It doesn’t seem to be a comfortable day on the red planet, as there’s a puff of dust behind Curiosity’s back. The fine red dust on the rover’s surface is also clearly visible. On Mars, the dust is electrostatically charged and de facto sticks everywhere. The electronics of the rover must therefore be well protected.

The rover has been on Mars in the service of mankind since 2012. He roams through the 154-kilometer-wide Gale crater and takes samples. The edge of this crater can be seen as a mountain range in the background of the image. So far, the Curiosity has traveled more than 26 kilometers.

On the ground to the left of the rover are the two test drilling holes. As small as these are, the scientists from the Jet Propulsion Laboratory in Pasadena, California, insisted on naming these landmarks. They are named Glen Etive 2 and Glen Etive 1 from left to right.

The Jet Propulsion Laboratory at the California Institute of Technology (CALTECH) is the command and control center for NASA’s probes and satellites.

Whether from afar from the Hubble Space Telescope or up close from the Mars Rover Curiosity: images of Mars abound and interest in our red neighbor is growing so much that many countries are already planning manned missions there.

The images of Mars by NASA, ESA and Co. show that the red planet is more than just a barren place. They show dust storms, the icy polar caps and sand dunes in the middle of huge craters.

The photo shows this complexity particularly well. Our closest neighbor keeps coming very close to the earth cyclically. Then the Hubble Space Telescope can snap the best portraits of the planet, as is done in this image

Also interesting: This is the distance between Earth and Mars

Hubble captured this image 13 days before Mars was closest to our planet in 2018. It doesn’t show a “red planet”, but a world with ice and storms, a dynamic world with its own laws. Exploring it will probably be mankind’s greatest adventure.

Pictures from Mars: New pages of the red planet every day

People like Elon Musk see the future of our species on Mars. The images of the planet provided by NASA tell us anew every day why Mars of all things is suitable for this purpose.