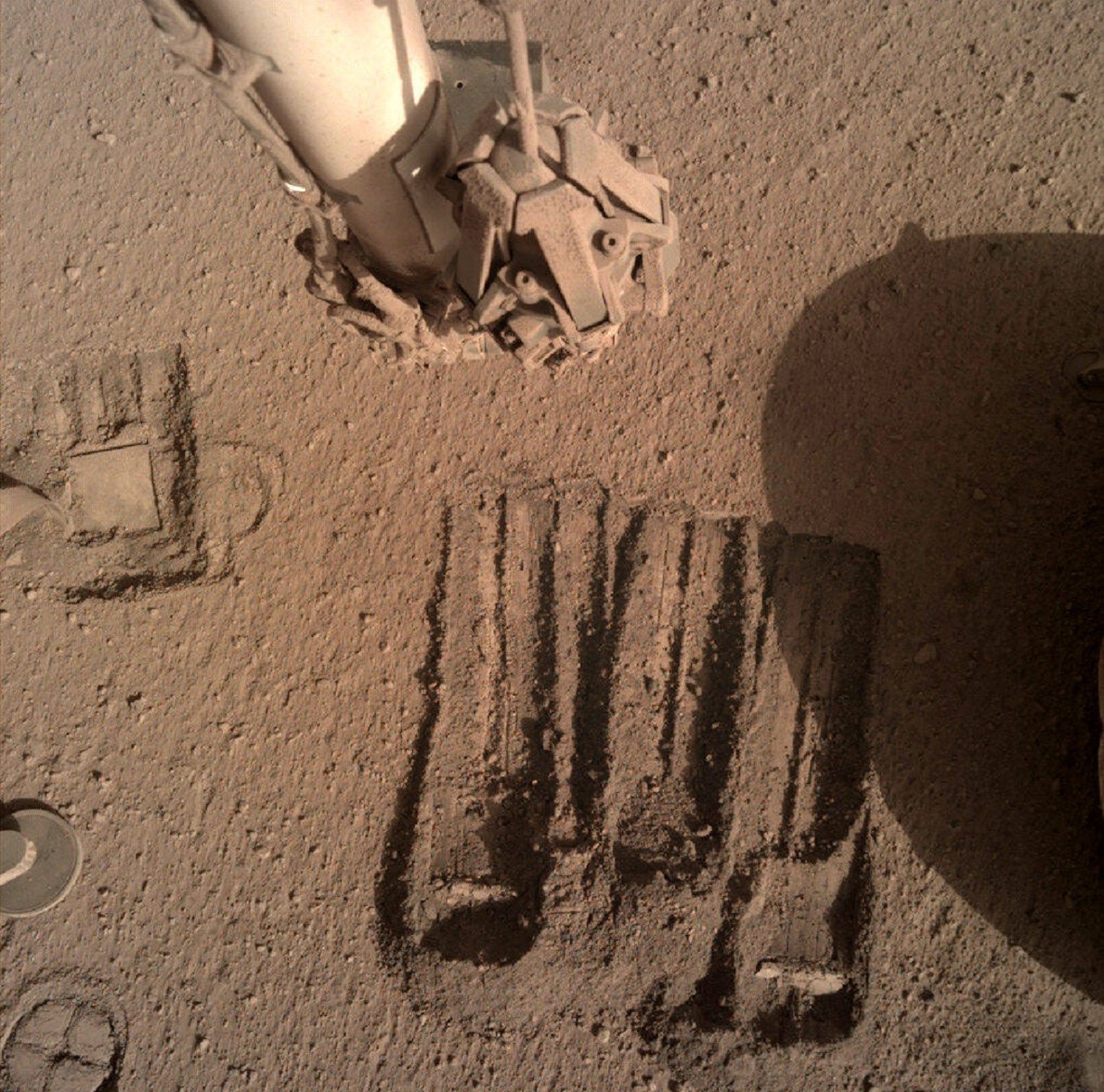 The red planet is a source of new and impressive insights. Especially in the form of published Mars images finds regularly fascinate a large community of fans. It’s not just the NASA images. Photos created through efforts by the European Space Agency (ESA) can also surprise.

Impressive image of Mars: It shows traces of “devils”

The Trace Gas Orbiter (TGO), sent by ESA and the Russian space agency Roskosmos, reached Mars in 2016. In 2018, the space glider began its full science mission and has been regularly sending images of Mars to Earth ever since. One of these was captured by the orbiter’s CaSSIS camera on February 1, 2022 and released ten days later.

Part of the flat land known as “Arhyre Planitia” can be seen. It shows typical characteristics of so-called “chaotic terrains”, even if it has not yet been categorized as such, as the ESA explains. There are random groups of stones of various sizes and shapes, often surrounded by hollows.

“Perhaps the most impressive feature here is the fine, meandering tendrils.” The patterns appearing blue in the Mars image are from hurricanes and dust devils. “These devils leave tracks on a planet’s surface as they travel through the dusty landscapes,” the ESA blog continues.

They are formed not only on Mars, but also on Earth, and whenever warm air quickly moves up into the colder air layers.

Interesting images of the surface of Mars are also available from NASA. Just recently, a photo made the rounds on the internet because, according to some, it should show “100 percent proof of intelligent life”. Of course, the only thing really visible in the Mars image was an unusual rock formation.

In addition, moving images of Mars are often created, as a video of the Mars rover Perseverance shows. Incidentally, he has been on the red planet for almost a year now. The NASA rover landed as part of the “Mars 2020” mission on February 18, 2021.