It looks like 2022 started off as the year of lunar mysteries. After a mysterious hut, which was nothing more than a stone, now it’s the turn of a rocket that is about to collide with the moon and no one knows who owns it. The impact is scheduled to take place on the 4th of March, and after a brief suspicion that it would be a SpaceX Falcon 9, the Pluto Project software pointed to the possibility of being a Chinese rocket from the Chang’e 5-T1 mission. However, China denies that possibility, and with the impact about to happen, no one has yet figured out who owns the rocket.

Contents
US lists propellant as if it hit the atmosphereMayday, Mayday Imminent impact

During a press conference held on Monday (21), Wang Wenbin, a spokesman for the Chinese Ministry of Foreign Affairs, said that it is not the Chang’e 5T1 rocket, as the rocket’s upper stage propeller (one of the portions that sticks out during the rocket launch into space), completely burned up in Earth’s atmosphere.

But Bill Gray, who manages the near-Earth object tracking software Pluto Project, does not believe the claims of spokesman Wang Wenbin.

There’s really no good reason at this point to think the object is anything other than the Chang’e 5-T1 booster. Anyone who claims otherwise has a huge hill of evidence to overcome – Bill Gray

US lists propellant as if it hit the atmosphere

According to information from the US 18th Space Control Squadron (18SPCS), Chang’e 5-T1’s thruster is listed as having hit Earth’s atmosphere in October 2015. In agreement with the Chinese government’s statements.

Gray, however, claims that the data provided nothing more than a prediction of re-entry, rather than factual data. “The only trajectory data they provide is for shortly after launch. If that’s all they had to work with, then the re-entry date is a year ahead of time and not particularly significant.”

He claims that the thruster listing must be a confusion between two Chinese missions with peracious names: Chang’e 5 and Chang’e 5-T1. Gray comments that the 18SPCS agency did not track the object long after launch, as the trajectory data was not updated. Therefore, he claims that the listing is not strong enough evidence to guarantee that it is not the Chinese rocket about to crash into the Moon. 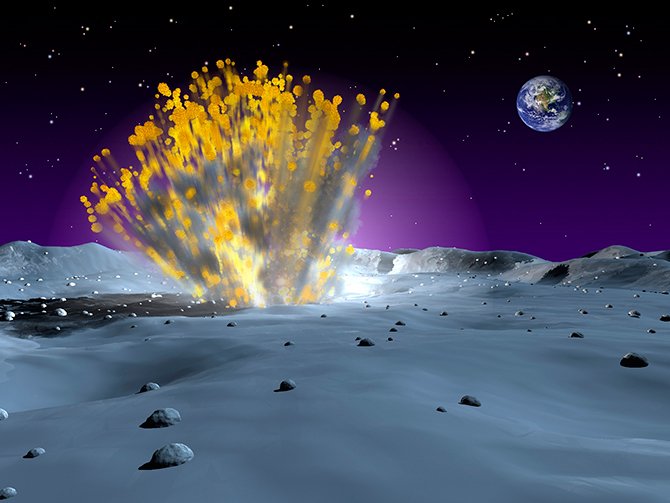 As long as no one assumes the “paternity” of the rocket, it remains in direct trajectory to reach the moon on March 4more specifically on Friday of the next week.

Anyway, the Scientists don’t seem too worried about the outcome of the impact, as the object won’t do much damage to the lunar surface.. The interest is to find out who, in fact, is responsible for the rocket, in addition to devising strategies to improve the tracking of objects in space.

In addition, NASA has already reported that the LRO (Lunar Reconnaissance Orbiter) will monitor the Moon’s exosphere to observe changes and accurately identify the location of the impact. Unfortunately, the LRO will not be in a position to observe the exact moment of the collision. Therefore, identifying the exact position of the crater can take a few months.