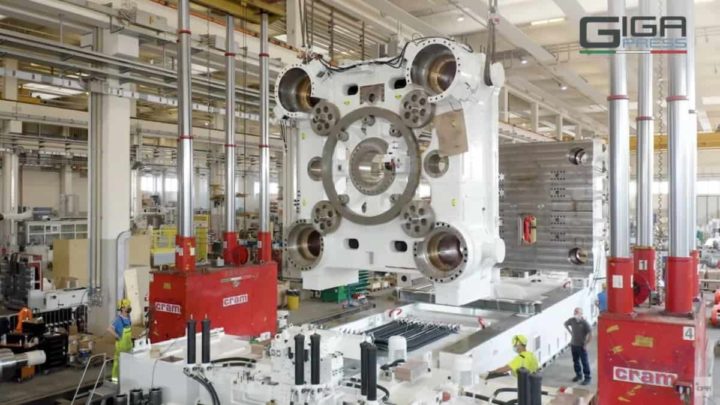 Tesla’s Cybertruck is one of the brand’s big promises, but it’s taking a while to be fulfilled. Despite the delays that we already know, the Italian IDRA has now shown the colossal equipment that will give it shape.

This 9,000-ton press will do the bodywork for the vehicle.

A video shared by Sawyer Merritt, a Tesla admirer, shows the assembly process of one of the Italian manufacturer's Giga Press IDRA, used for the creation of castings. Following what we are used to, Elon musk responded to this post, made on Twitter, saying only “Cybertruck body”.

NEWS: IDRA has posted a new video of their 9,000 ton Giga Press being assembled. pic.twitter.com/aJRTgqDnok

Since Tesla already uses some IDRA presses on its production line, the response from the manufacturer's CEO confirms that its facilities will receive more Italian equipment. This time, the press will serve the promised Cybertruck.

Check out, below, the video of the assembly of IDRA's Giga Press that will bring Tesla's Cybertruck to life:

According to Teslarati, Elon Musk stated that the Cybertruck's body would require a press of at least 8,000 tons – a figure well above that required for other Tesla vehicles. Therefore, the 9,000 tons of this Giga Press could be associated with an update of the pickup design, or just serve to guarantee reliability at the time of production.

We're going to use even bigger casting machines for the Cybertruck's rear body, because it's a bigger vehicle and it has a long truck platform that will hold a lot of load. Therefore, we will use an 8,000 ton casting press for the rear body casting instead of the 6,000 ton for the Model Y.

Initially, the Cybertruck will be produced at Tesla's Gigafactory in Austin, Texas, starting in 2023.