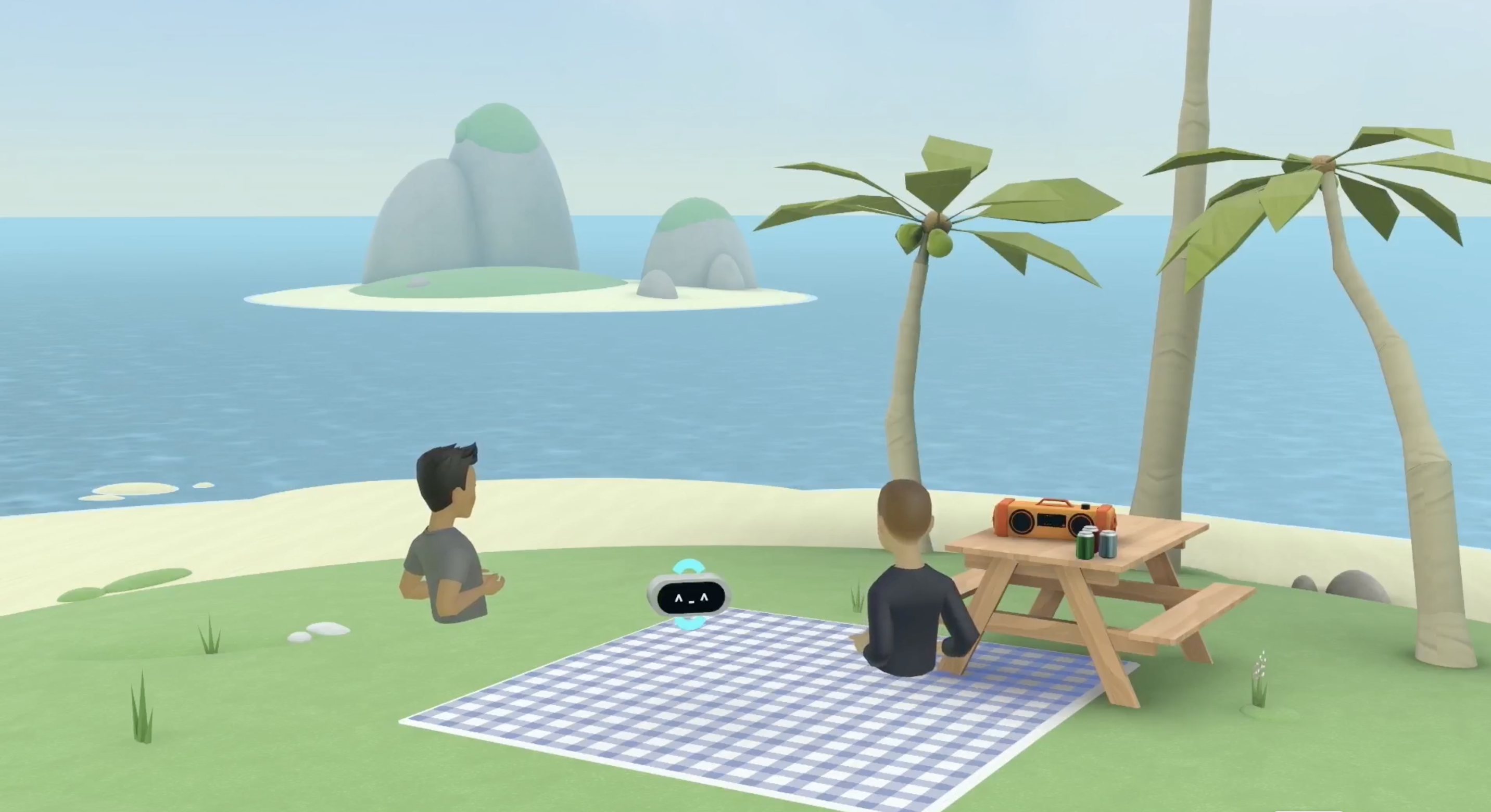 Mark Zuckerberg may still be explaining exactly what the metaverse is, but Meta’s CEO just showed off another technology he says is crucial to the company’s vision of creating immersive environments. Meta AI researchers are working on a voice-powered bot that allows users to change their virtual environment with voice commands.

“It lets you describe a world and then it will generate aspects of that world for you,” said Zuckerberg. In his demo, he and another Meta employee used voice commands to create a very basic beach scene with a picnic table, clouds, and, yes, Zuckerberg’s signature hydrofoil. They also added some sound effects of seagulls and ocean waves.

For now, though, the technology appears to be at a relatively early stage. The Zuckerberg-generated environment looked much flatter and lower-res than previous metaverse demos, though his legless avatar was present like other recent demos. “As we advance further in this technology, you will be able to create differentiated worlds to explore and share experiences with others with just your voice,” he said.

The builder bot is part of a larger AI project called Project CAIRaoke that aims to create the kind of conversational AI needed to create these virtual worlds. Facebook isn’t the first to experiment with this type of search. OpenAI showed a neural network capable of generating text images last year. But Zuckerberg said the CAIRaoke project would be central to the future of Meta.

“In the metaverse, we will need AI built to help people navigate virtual worlds as well as our physical world with augmented reality,” said Zuckerberg. “When we have glasses on our face, it will be the first time that an AI system will be able to truly see the world from our perspective: see what we see, hear what we hear, and more.”

Zuckerberg’s comments come as he is trying to shift the company from social media to metaverse technology, a move that has so far proven to be incredibly expensive. But as Facebook’s flagship service begins to lose users for the first time, Zuckerberg said “metaverse” experiences like the company’s VR Horizon Worlds will drive future growth.