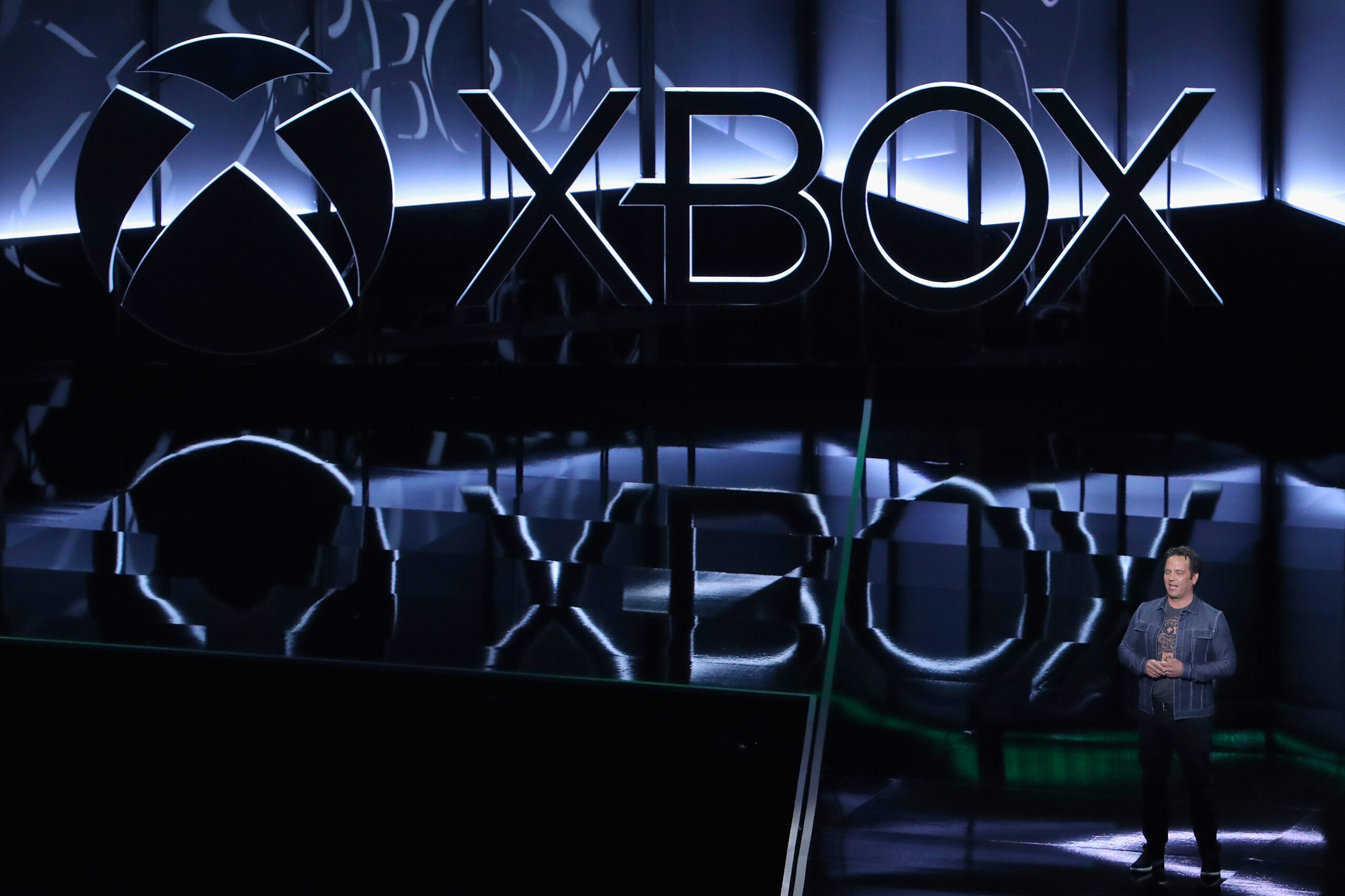 It was cute at first. When Xbox boss Phil Spencer took the stage at E3 2018 and announced the acquisition of five notable studios – Undead Labs, Playground Games, Ninja Theory, Compulsion Games and The Initiative – the air inside the Microsoft Theater went electric. It looked like the company was correcting a mistake in its business plan and finally building an in-house roster of exciting games it could offer exclusively on Xbox platforms. You know, some friends to keep the Master Chief company.

Today’s announcement that Microsoft is buying Activision Blizzard, the biggest third-party publisher in the video game industry, doesn’t seem so harmless. Four years later and several acquisitions later, the Activision Blizzard deal looks like an extreme escalation of Microsoft’s plans, and could mark a turning point in the video game industry as a whole, with negative consequences for gamers and developers alike.

So far, public reaction to the acquisition was mixed, which makes sense for a few reasons: First, the size of Activision Blizzard is daunting, and this purchase represents more money and industry power than Microsoft’s previous gaming acquisitions combined. Second, Activision Blizzard is currently the subject of multiple investigations into allegations of sexual harassment and gender discrimination at the studio, where CEO Bobby Kotick has been in charge and largely uncontrolled for the past 30 years. Wall Street Journal is reporting that Kotick is about to leave the company on a golden parachute once the deal with Microsoft is completed.

This is the first time Microsoft has received a mixed response to acquisition news rather than praise, and that’s because this isn’t a standard transaction. It’s the clearest sign yet that we’re in the era of video game industry consolidation.

In 2017, Microsoft was losing the intellectual property fight to Sony and Nintendo. Later that year, Xbox closed two of its in-house studios, Lionhead and Press Play, killed off some long-awaited projects, and even with the Xbox Series X just around the corner, there wasn’t much to look forward to. for company software reservations. The announcement of the acquisition at E3 2018 was a sigh of relief for eager Xbox fans.

As of February 2019, Microsoft had 13 studios and publishing organizations under the Xbox Game Studios banner.

And then, in September 2020, Microsoft revealed that it was buying ZeniMax Media, the parent company of Bethesda, id Software, Arkane Studios, and Tango Gameworks. The gaming world in general rejoiced, but some people also started to look around suspiciously. These studios were big business — the stewards of Fallout, Doom, Dishonored, Wolfenstein, Deathloop, Starfield and Elder Scrolls — and they were being added to Microsoft’s substantial pile of midsize companies, more names in a growing list. That alone was reason to pause.

For most fans, the main question was: what did the acquisition mean for games like The Elder Scrolls VI, which was part of a series that historically hit the PlayStation and Xbox platforms? Basically it would be Elder Scrolls VI come to PS4 and PS5?

Turns out, probably not.

A year after Microsoft’s purchase of Bethesda, Spencer said QA that he believed the Xbox ecosystem was the best place for every franchise in the studio’s repertoire, including The Elder Scrolls VI. He pretty much confirmed it would be an Xbox exclusive.

starfield, Bethesda’s sci-fi RPG built for the ninth generation of consoles, will definitely be exclusive to Xbox Series X/S and PC, completely ignoring the PS5. Spencer’s comments make it clear that Xbox has its eye on exclusivity for its franchises, and after today’s $69 billion deal is completed, that will include Activision Blizzard games.

Activision Blizzard is the largest third-party publisher in games and owns major franchises including Call of Duty, Overwatch, Diablo, World of Warcraft, Hearthstone, and Candy Crush. As a third-party studio, Activision Blizzard has been able to negotiate with major platform holders to get its software on the consoles and devices it wants. This doesn’t always equate to same-day releases or in-game item equity, but generally speaking, this position has helped ensure that Activision Blizzard games reach as many players as possible on as many platforms as possible. Exclusive deals and distribution deals are the main source of competition in the industry right now, allowing outside developers to defend their games without feeling obligated to any particular console owner.

When a platform holder becomes the biggest publisher in games, they completely reverse the script. He stuffs the script into a shredder, burns the remains to ash, condenses the ash into stone, and then dumps it at the bottom of the Mariana Trench.

Let’s take Call of Duty, a series with predictable annual installments, for example. Over the years, Activision has shifted alliances between Microsoft and Sony, offering early access and exclusive game modes for Xbox platforms, then PlayStation, and mixing them up along the way. Between all the behind-the-scenes talk, bad blood, and better deals, it’s always been up to Activision to make the best deal for Call of Duty, console owners be damned.

After the acquisition, this negotiation looks entirely different, if it exists at all. As the owner of Call of Duty, Microsoft can tell Sony to fuck off, keeping one of the biggest franchises in the industry exclusive to Xbox platforms.

This probably won’t happen right away, but it’s certainly a possibility in the future. in his blog post About the acquisition, Xbox’s Spencer didn’t specifically address the Sony or Nintendo platforms, but alluded to the possibility of cross-platform support for Activision Blizzard’s franchises.

“Activision Blizzard games are enjoyed on a variety of platforms and we plan to continue supporting these communities in the future,” he said, without detailing what he meant by “platforms” or “support.” Remember this was the messages around Elder Scrolls VI at first too.

Microsoft isn’t the only company in the midst of a studio hoarding spree: Sony acquired its 13th in-house studio, Housemarque, in June 2021, while Tencent is tracking ownership of Riot Games, financial stakes in a handful of majors. studios, and the purchase of LittleBigPlanet 3 developer Sumo Group in July 2021. Even Valve has won over several independent creators in recent years, including the team behind fire clock and some members Kerbal Space Program.

Microsoft’s purchase of Activision Blizzard simply feels like the final impetus for a new era for the video game industry: consolidation.

While exclusivity deals may be the short-term concern, this trend has a longer and more tragic tail. It is highly likely that there will be more acquisitions from Microsoft, Sony and other gaming big names, and these deals and subsequent companies will only increase over time. With just a few major studios controlling a large part of the software pipeline, this could instill a sense of homogeneity among new titles, killing innovation as each developer tries to fit in with the corporate environment around them, whether actively or unconsciously.

Even with “creative freedom” built into their contracts, all acquired studios will use the same quality control process, financing arrangement, marketing plan, management structure and editing cycle; they will have the same bosses and face the same supervision. And when all new products are the result of a singular perspective, they are sure to look familiar. Aged, even. Tedious.

Microsoft’s acquisition of Activision Blizzard is an escalation of the exclusivity scheme and represents a new way of doing business. Now and for years to come, consolidation is the name of the game.

Maybe one day we will have Consolidation 2: Blow it all up and make it all indie again, but this one might have trouble finding an editor.