Released in January 2020, the Chromium-based version of the Microsoft Edge browser is very close to surpassing Apple’s Safari browser as the second browser. most used in the world on desktops. Recent data from the analytics company StatCounter show that Microsoft Edge is already used on 9.54% of desktops worldwidewhile Safari is slightly ahead with 9.84%.

Google Chrome remains number one, being used on 65.38% of desktops worldwide. Firefox, which once threatened Microsoft’s leadership in the browser market when it competed with Internet Explorer, occupies fourth place with 9.18%. 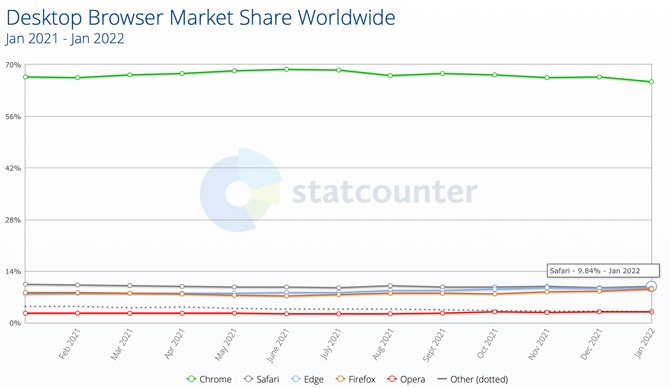 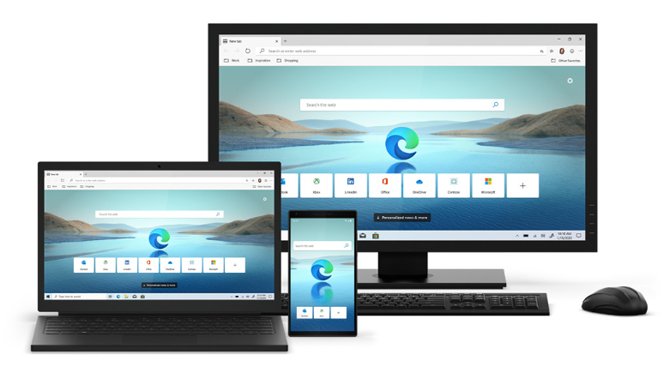 In terms of usage on mobile devices, Safari, which is the default browser on iPhone and iPad, has a worldwide market share of 26.71%. Google Chrome, which is available on both Android and iOS, has a worldwide market share of 62.02%. In the case of Microsoft Edge, the browser has already surpassed the mark of 10 million downloads on the Google Play Store and a good rating on Apple’s App Store, but this still hasn’t been enough to drive the adoption of the Microsoft browser on mobile devices.