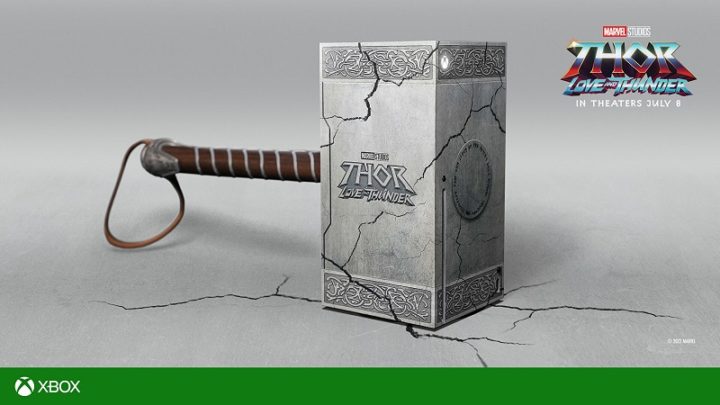 In addition to the original technological equipment, versions based on a theme or character often appear. And that’s exactly what Microsoft recently did with its current-generation console Xbox Series X by creating a version based on the movie Thor: Love and Thunder.

If, on the one hand, the equipment is truly funny, the best part is that the company is offering this version to users, with only these having to participate in a contest that takes place on the social network Twitter.

Win an Xbox Series X in the Thor: Love and Thunder version

Microsoft surprised its fans in the video game sector with the presentation a completely different version of your Xbox Series X. The console is alluding to the movie Thor: Love and Thunder and from the images we can see that the incredible equipment was transformed into Thor's hammer, called Mjolnir.

If you were surprised by this news then get ready because the surprises don't stop there. This is because Microsoft decided to gift fans with the offer of a copy of this limited edition of the modified console. And to participate, you don't need a big effort, you just need to access the social network Twitter, log into the official Xbox account and follow the page if you haven't already. Then just retweet this tweet and put the hashtag in the share #ThorLoveandThunderXboxSweepstakes.

The Xbox Series X is looking a little different after a bit of love and thunder.

follow @Xbox and RT with #ThorLoveandThunderXboxSweepstakes for a chance to win this epic Mjolnir-themed Series X. Best of luck!

The contest is open to residents of Xbox Live locations. It will be in effect until the 21st of July and only those over 18 years of age will be able to participate.

The movie Thor: Love and Thunder will hit theaters on July 7, 2022.