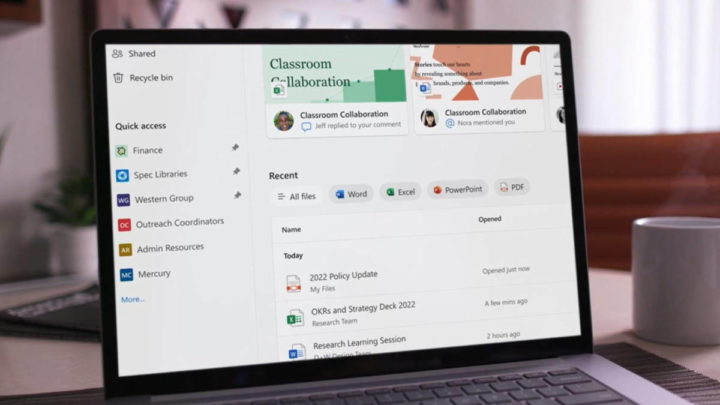 Microsoft’s OneDrive gained its space on the Internet and is today one of the largest cloud services. It competes equally with all its competitors and by integrating with Windows and Office, it has managed to stand out.

If it is a proposal that we are used to always having in mind, it is now celebrating an important moment. It has completed 15 years of existence and to celebrate it, Microsoft has given OneDrive a new interface, to be simpler to use and more appealing.

Microsoft is proud of what OneDrive, its cloud service, has become, and today it is one of the most interesting and used proposals. It is now reaching 15 years of age, with all the positive baggage it has accumulated over the years, bringing some news.

The first and most visible change in OneDrive is its web version, which has received a completely new image. This same interface has been changed to be even simpler and more appealing, immediately reminding us of what we already have on Microsoft's Office.com.

When entering OneDrive, users are now greeted with a list of files sorted by the date of last access, as is already the case with Office.com and other proposals from Microsoft itself. Of course, it will be possible to filter these files, either by Word, Excel, PowerPoint and PDF. 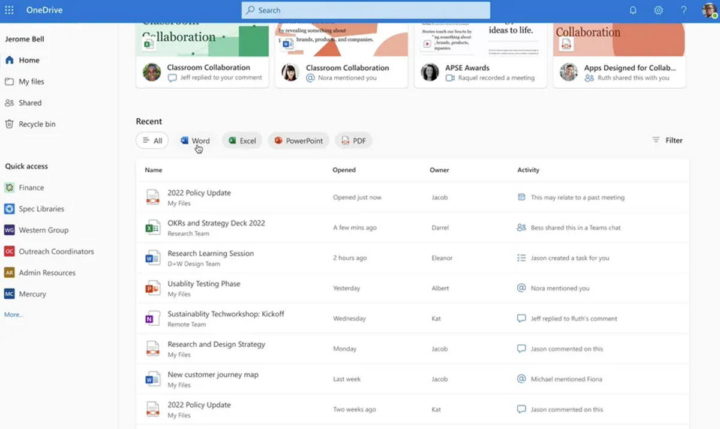 Unfortunately, this is a novelty that is not yet public and that should take several months to reach all users. Microsoft showed this profound change of OneDrive and will soon start public testing and share with some users as usual.

This is an interesting and important change, which now comes at a festive time for Microsoft and OneDrive. More and more users are opting for this cloud solution, which integrates seamlessly and naturally with Windows, as expected.