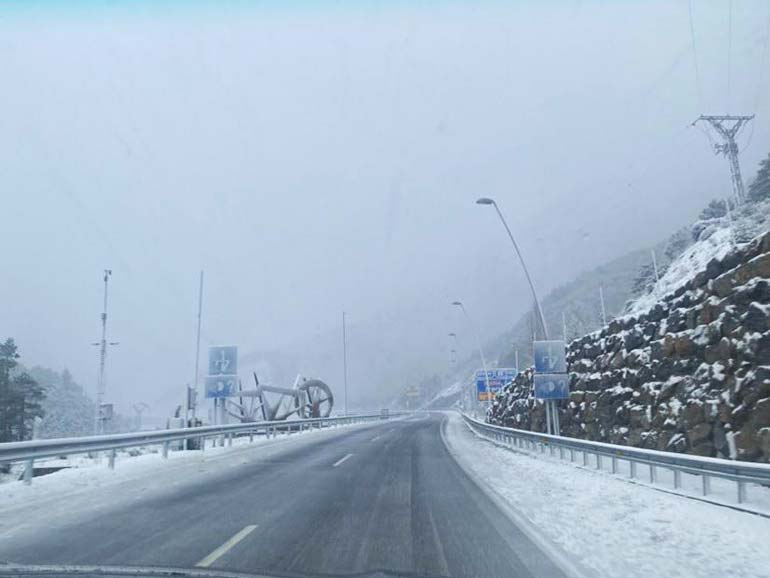 The situation on Aragonese roads due to snow affects 221.6 road kilometers this Wednesday, as reported by the General Directorate of Traffic (DGT). Most of the conflictive points have occurred again in Huesca, which continues to have a section on the black level and a crowd on the red level. There is also still a black section in the province of Zaragoza, specifically in Tarazona.

The only road that continues to be impassable in the province of Huesca is the A-135 in Torla due to heavy snowfall, while in the Zaragoza province the CP-010 in Tarazona is also cut off to traffic for the same reason.

Huesca continues to accumulate the majority of roads in the red level, which already add up to a total of 175.6 kilometers, so the use of chains or winter tires is mandatory in these sections. In addition, trucks, articulated trucks and buses are prohibited from circulating on these roads.

On the other hand, there is only one road on the yellow level and it is the A-1205 in Jaca. Trucks and articulated trucks cannot circulate on these roads. Likewise, the A-1602 road in Ansó is on a green level, so it is recommended to travel with caution on ice or snow.

The special traffic operation foresaw in Aragon up to 725,000 trips, especially on roads with mountain destinations, for the return of the Constitution Bridge, especially on the afternoon of this Wednesday, December 8. For this reason, traffic regulation measures have been installed to facilitate entry to large urban centers. In addition, the unfavorable time slot for driving today has begun at 3:00 p.m. and will not end until 00:00 a.m., as reported by the General Directorate of Traffic (DGT).

Thus, the DGT has recalled that “on roads with snow always circulate in the right lane” and “leave the left free to allow the passage of conservation vehicles, emergency vehicles and snow plows”. Finally, they have recommended to circulate in convoys, that is, one vehicle after another.