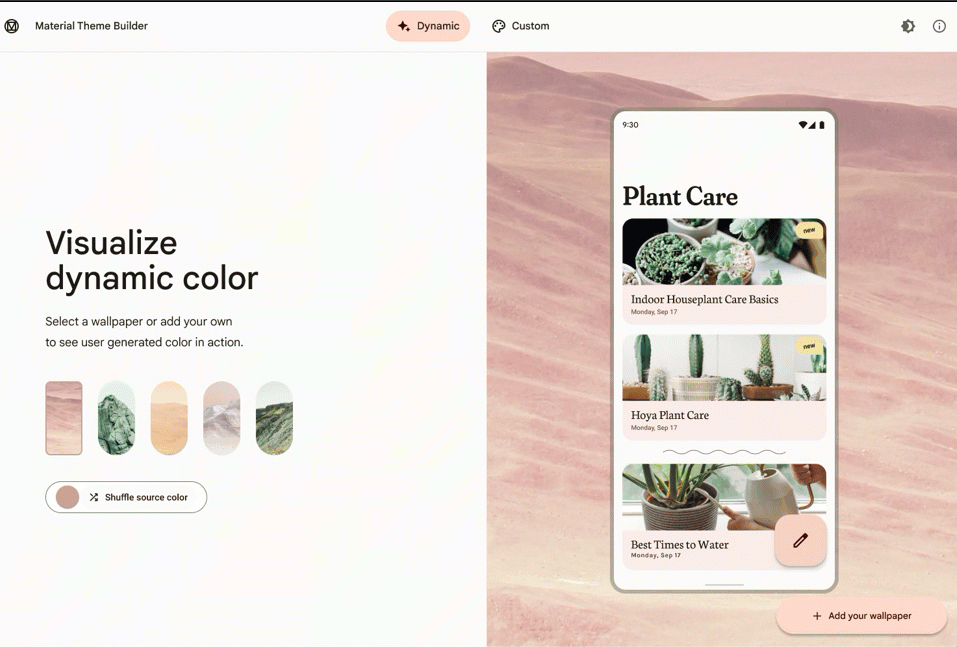 Dynamic colors and a wave of new Google-centric design changes are on the way for most Android phones. First introduced at I/O last year, Google’s Material You appeared to be the most dramatic redesign of Android in years and offered users a wave of new customization and accessibility features. Users can adjust the phone’s color palette, adjust the placement of widgets, and make other adjustments for aesthetic and accessibility purposes. But Google’s Material You was only available for Pixel phones and some Samsung devices.

Material You will soon be available for a much wider range of new Android 12 phones, including those from Samsung, OnePlus, Oppo, Vivo, realme, Xiaomi and Tecno. Exact dates have yet to be announced and will depend on the manufacturer, but release windows are likely to be in the coming months. The new Galaxy S22 and S22 Ultra, both unveiled by Samsung this week, will include Material You.

While the cosmetic improvements are nice, Material You also makes it much easier for Android phones to integrate into the Google ecosystem. Color palette selections and other visual changes on the phone itself appear in Google apps including Gmail, Meet and Drive. Much of Google’s product library has already received a Material You remodeling.

In Ploonge’s review of Material You and Android 12, we noticed that the redesign was pleasing to the eye and helped to tidy up the Android interface. It also includes a number of quality-of-life changes, including a Privacy Dashboard. This feature details which apps have been given specific permissions, as well as what kind of data they can access.