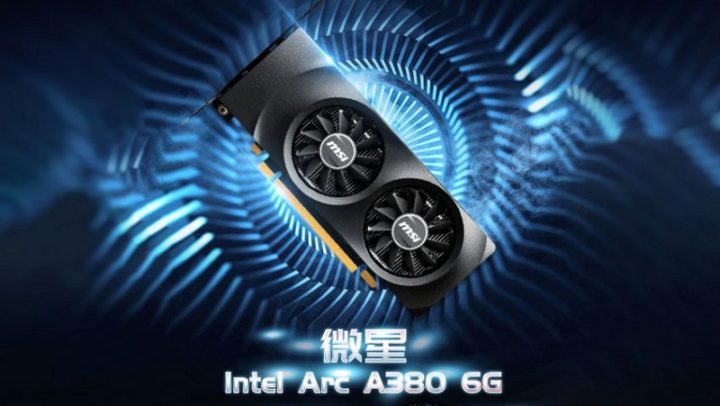 Finally, Intel has already revealed some models of its new line of Arc graphics cards, and now we can know in reality what the manufacturer has prepared during these years to try to compete with the giants Nvidia and AMD.

And after ASRock, now it was the turn of the also Taiwanese MSI to present to the world its customized version of the Intel Arc A380 graphics card.

Micro-Star International, better known as MSI, has unveiled its first image of the Intel Arc A380 graphics card to the world. And according to the details released, this equipment customized by the Taiwanese brand focused mainly on the cooling system, which also ended up increasing the size of the board, compared to the ASRock model. From the presentation image, this graphics chip has a generous aluminum radiator that couples a dual fan configuration, each consisting of 11 blades.

However, unlike other well-known models, such as those of the GUNNIR and ASRock brands, despite the improved cooling system, this MSI Intel Arc A380 graphics card comes with factory frequencies without overclocking. 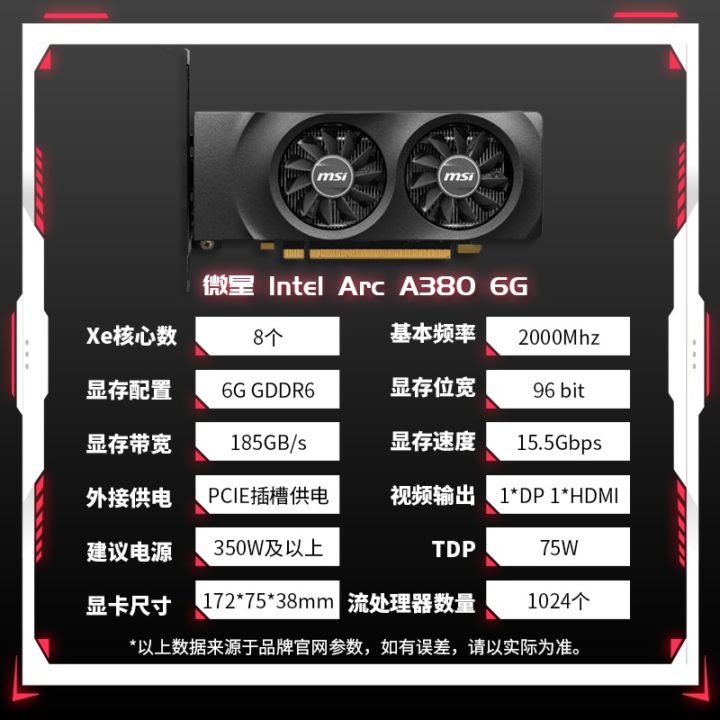 The graphics card features the Intel ACM-G11 chip with 1024 cores clocked at 2000 MHz. It features 6GB of GDDR6 memory at a frequency of 15.5Gbps and a 96-bit memory interface. Regarding power, this happens through an 8-pin PCI-Express connector, and also has a DisplayPort 2.0 port and another HDMI 2.0b, that is, half of what the other custom models already mentioned offer. 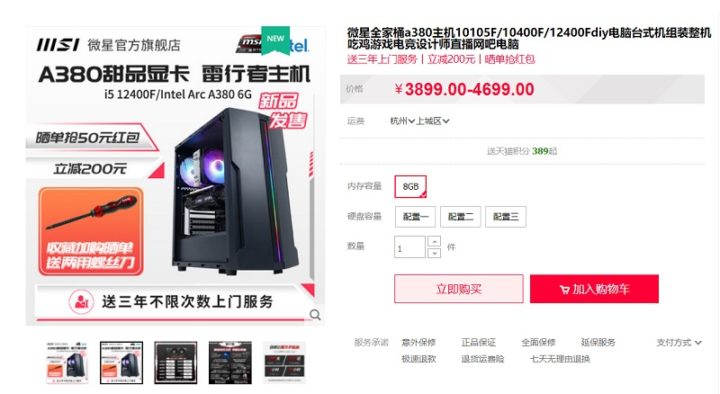 For now, the MSI Intel Arc A380 is only on sale in the Chinese market and can only be purchased already integrated into a pre-assembled computer with Intel Core i3-10105F, Core i5-10400F or Core i5-12400F processors, without integrated graphics. . These CPUs are accompanied by motherboards with Intel H610M or H510M chipset.

According to the Chinese sales website tmallthe equipment is priced between 3899 and 4699 yuan, something like 566 to 683 euros, in a conversion at the current rate.