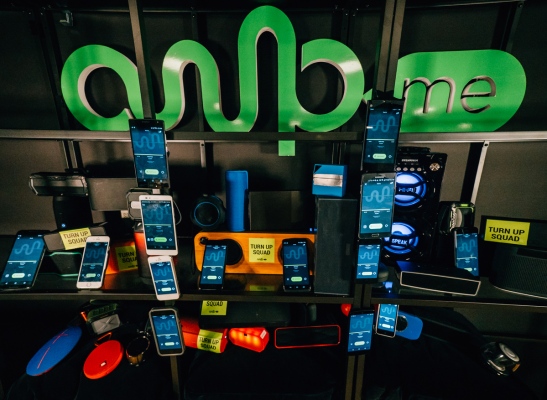 Around the same time, Apple was touting its considerable App Store revenue growth this week, App Store developer and critic. Kosta Eleftheriou brought to light what appeared to be yet another App Store scammer hiding in plain sight. On twitter, Eleftheriou documented the earnings of a music sync app called AmpMe, which claims to increase the volume of your music by syncing it between devices, including friends’ phones, Bluetooth speakers, and computer speakers. He found that AmpMe was charging an incredible $10 a week for this basic service, which it had been promoting on the App Store through fake reviews.

The AmpMe iOS app doesn’t require a subscription to use some of its features, but it does if you want to sync your music to other devices – the main reason users likely downloaded the app in the first place.

Eleftheriou noticed this offer cost what he called “an absurd $10/week (~$520/year)”. The subscription also renews automatically, like most in-app subscriptions. And while Apple makes it easy to sign up and maintain your subscription, unsubscribes can only be done from the Subscriptions section of your account page, which you can access from the App Store or the Settings app on your iPhone. You cannot cancel within the app itself.

AmpMe wasn’t trying to trick users about its pricing, at least. The signup page clearly stated that their free trial was only offered for three days and would be followed by a $9.99 per week subscription.

But where the app conflicted with App Store rules was how it marketed itself to potential customers.

AmpMe has bought a ton of fake reviews, as evidenced by its large list of five-star ratings. associated with meaningless names. These names – like Nicte Videlerqhjgd or Elcie Zapaterbpmtl, for example – sounded like someone just pushing buttons on a keyboard. But reviewers certainly left positive comments such as “Is so good!” or “super helpful” or “Don’t need any other music apps!”

(Interestingly, these same reviewers left glowing five-star reviews in other apps too, and all in the same day! This is suspicious!)

Notice how this same group of reviewers also left glowing 5-star reviews on a different, unrelated app — and all on the same day.

The problem is widespread. pic.twitter.com/y9b9c1C5iE

The fake reviews gave the app an overall rating of 4.3 stars on the App Store, making it look like a legitimate and useful music sync tool. Meanwhile, real reviews – where legitimate App Store customers complained about exorbitant prices, basic functionality or obvious fake reviews – were drowned out by spam.

Apple hasn’t acted on this deceptively marketed app for years. And to make matters worse, it even promoted it several times through editorial collections on the App Store, Eleftheriou pointed.

Another company puts the number even higher. Apptopia told Ploonge that the app has earned $16 million since it started monetizing through in-app purchases in October 2018; Of that total, $15.5 million came from the App Store and another $500,000 came from Google Play. The majority (or 75%) of in-app purchase revenue came from US consumers.

In a response provided to Ploonge, AmpMe disputed some of the claims made.

The company said its users aren’t paying $520 a year — what a $10-a-week subscription would add up to if users stayed subscribed. Instead, AmpMe said that among its paying users, its average annual subscription revenue is about $75. This would indicate that users are taking advantage of the free trial and canceling the subscription after some time. AmpMe also said that internally, this reinforced its belief that its pricing is transparent and its opt-out procedures are easy.

The company, however, hasn’t had a big answer as to why its App Store app list is littered with fake reviews, choosing instead to blame an anonymous third party.

“Over the years, like most startups, we’ve hired outside consultants to help us with app store marketing and optimization. More oversight is needed and this is what we are currently working on,” said a statement sent by an unnamed AmpMe representative. (They signed the email “The AmpMe Team.”)

Additionally, the company said it was responding to this recent feedback by releasing a new version of the app at a lower price.

“We have always adhered to Apple’s signature guidelines and are continually working to ensure their high standards are met,” the email read. “We also respect and value community feedback. Therefore, a new version of the app with a lower price has already been submitted to the App Store for review.”

That version has already been released and sees the weekly subscription reduced to $4.99 from $9.99.

Today, Eleftheriou tells us that it looks like a manual cleanup of fake reviews is underway.

On Monday at 11am, he documented that the app had 54,080 reviews. Tuesday at 9pm, after AmpMe it saw a little fair in bad Press, the app’s review count has dropped to 53,028. At 7am on Wednesday, the revision count had dropped again to 50,693. But the app’s overall rating was not significantly impacted. This could be because the reviews being removed are those submitted by fake App Store users, rather than ones where the app has received a five-star rating, but no review text or reviewer name is visible. This means that the cleaning process will make it less obvious that the app has purchased fake reviews.

Also of interest, perhaps, is AmpMe’s CEO: Canadian tech entrepreneur Martin-Luc Archambault. Your Wajam software turned into adware has already been investigated by the Office of the Privacy Commissioner of Canada (OPC), and found to have violated Canadian internet privacy laws collecting user data without consent. He also used various methods to avoid detection by antivirus software, reports claimed at the time. When OPC announced its findings, Archambault claimed that the Canadian user’s data in question had been destroyed and Wajam had sold its assets to a Chinese company. Over its lifetime, the adware was installed millions of times, according to the OPC report.

In other words, this doesn’t sound like someone who is opposed to buying some fake reviews!

To date, AmpMe has raised $10 million in VC funding through Crunchbase Dice.