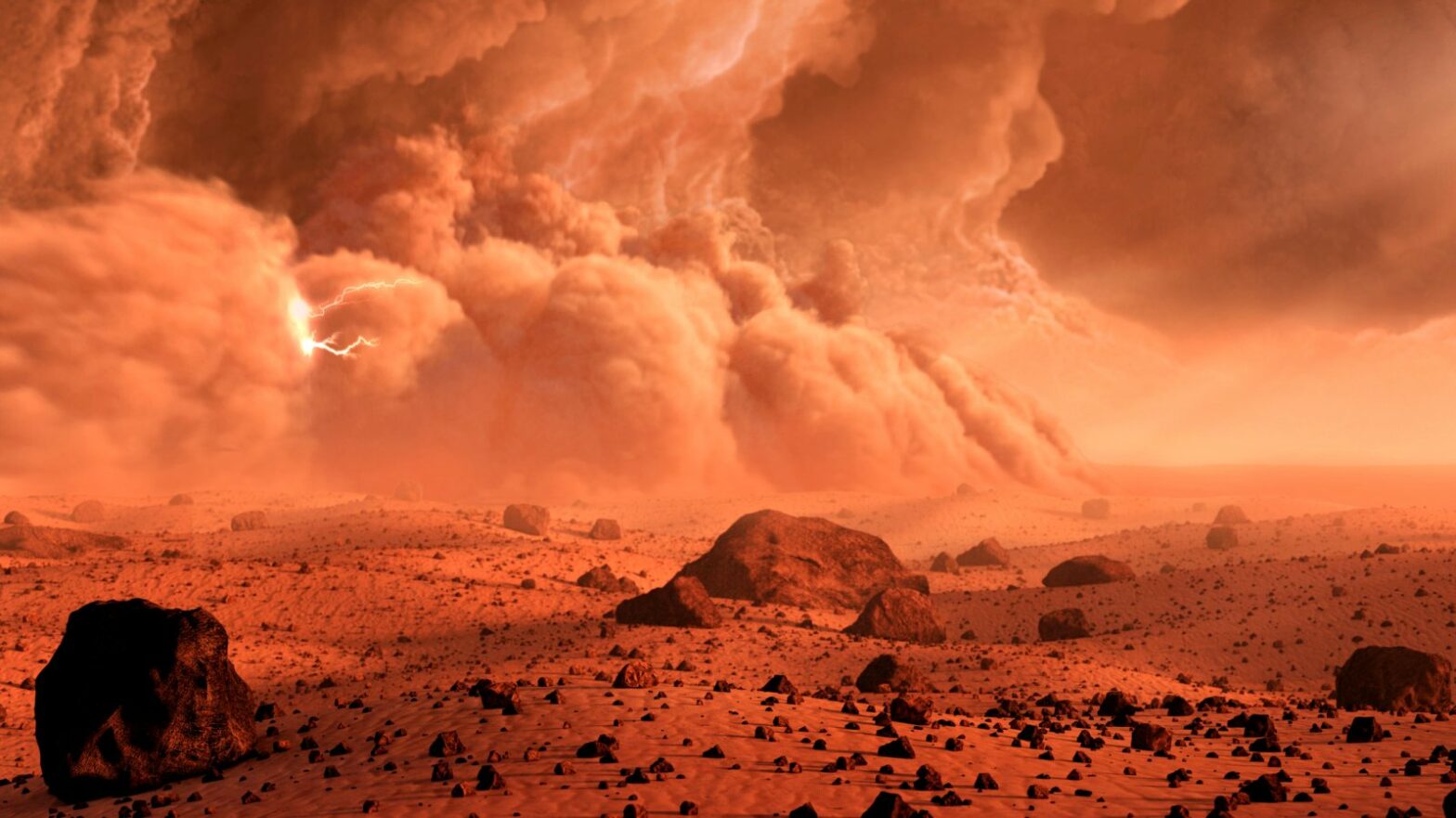 In November 2018 the Mars mission InSight (Inprior exploration using S.eismic I.investments, Geodesy and Heat Transport) on the red planet. The lander of NASA is equipped with a seismometer, a heat flow probe and other sensors. Its purpose is to enable the ground team to get a better idea of ​​the Martian surface and what is going on below. Due to a dust storm, however, the probe had to temporarily cease operations.

On Friday, January 7th, NASA put the InSight lander in safety mode. The reason for this was a regional dust storm. This sometimes darkened the sun and would have weakened the solar-powered probe. In sleep mode, the spacecraft stops all functions that are not absolutely essential. The crew did not re-establish contact with the Mars mission until January 10th.

“Even before the most recent dust storm, dust was building up on InSight’s solar panels and affecting the lander’s power supply. Using a shovel on the lander’s robotic arm, the InSight team found an innovative way to reduce dust on a panel and gained several bursts of energy in 2021, but these activities become increasingly difficult as the available energy decreases. “

Forces of nature like these can have fatal consequences. An “epic series” of such storms brought about the end of the Mars mission Opportunity. The dust of the storms covered NASA’s rover as early as 2018.

Thanks to the Mars Color Imager (MARCI) camera on board the Mars Reconnaissance Orbiter, NASA was able to identify the dust storm early on. The camera creates color maps of the red planet on a daily basis. They enable ground teams to spot storms like this in good time and take appropriate precautions.

The scientists hope to wake the probe from its sleep again next week. The lander could then exit safe mode and start working again.

But InSight is not the only Mars mission that recently had to temporarily stop work. In the case of the Mars rover Perseverance, a rock sample was responsible for this. The vehicle’s sensors discovered “anomalies” that occasionally puzzled the researchers inside.