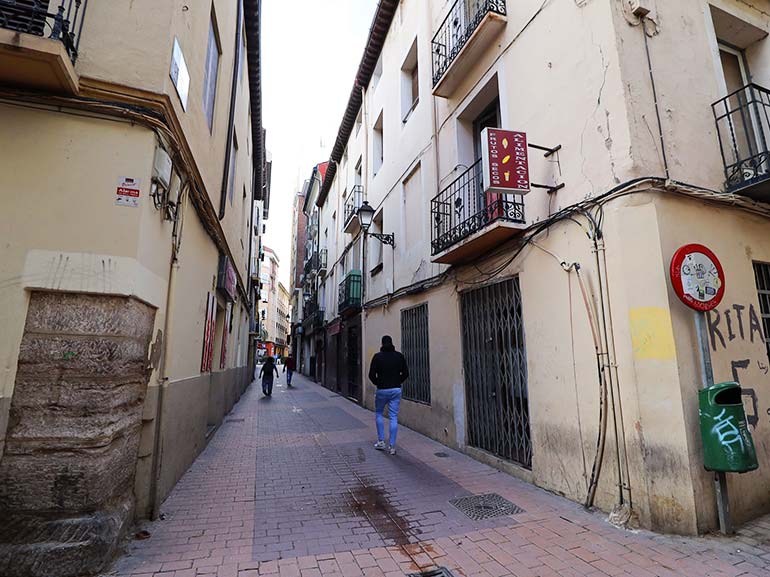 The platform for those affected by Gancho y Pignatelli has requested a meeting with the Government Delegation in Aragon, the Zaragoza City Council, the Government of Aragon and the rest of the neighborhood associations in the neighborhood to address the problems of coexistence and degradation suffered by this area of ​​the Historic Center of the Aragonese capital. From the platform they denounce that they have 102 buildings classified as substandard housing.

The president of the platform, Óscar Villanueva, is confident that the four-way meeting can take place soon, although there is still no official date. “The president of the Municipal Board of the Historic Quarter, Alfonso Mendoza, continually puts us with scheduling problems that prevent us from closing the appointment,” he criticized.

From the neighborhood platform they seek to “have a voice” in the district board and have set themselves the objective of “promoting coexistence” and generating social cohesion in a neighborhood, located five minutes from Plaza del Pilar and another five from the Government headquarters of Aragon.

They denounce that they have spent 30 years without any investment in the neighborhood and regret that the Government of Zaragoza is not “getting it right” when it comes to setting priorities. “They are doing the street Preachers, but they could have done the street of San Blas that is much worse,” he explained.

He has also referred to the former Luis Buñuel. “It is still busy and we are waiting for the courts to throw them out to see if it is true that the City Council is building a Civic Center, which is what is needed in the neighborhood, among other things,” he said.