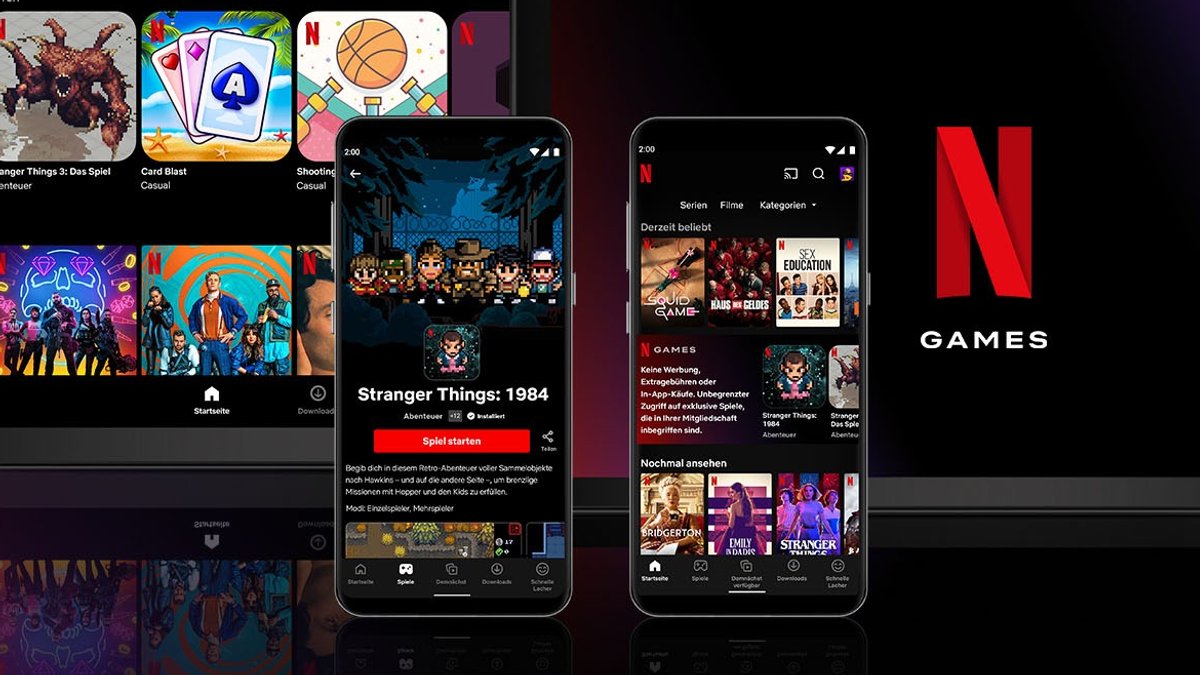 Around three months ago, smartphone games suddenly appeared in Netflix’s iOS and Android apps. This may have come as a surprise to some users. The streaming giant had previously announced that it wanted to take this step. “We think we’re through [Spiele] can deliver more entertainment value,” said Greg Peters, COO and chief product officer at Netflix, last summer, according to a report by CNBC.

Contents
No ads, no fees(wue/spot)

There were just five games to start with. Netflix announced at the time that they wanted to expand the offer in the following months. But what has happened since then? The selection, which was still very manageable in November, has almost tripled within around three months. 14 smartphone games from different genres are currently available via the streaming service.

How serious Netflix is ​​about its gaming ambitions is demonstrated by the recent release of Hextech Mayhem on the platform. The spin-off of the game brand “League of Legends”, which has been popular for years, is also available for Nintendo Switch and PC. On smartphones, however, the rhythm runner is only available via Netflix.

No ads, no fees

The offer can actually be an added value for users. If you have a subscription, you can access the titles completely free of charge. There are also no additional fees and the games are also free of advertising. Anyone wanting to try one of the games just needs to open the provider’s app and scroll down to the Games category. There the user is then forwarded to the free download in the respective store.

As a result, the hurdle to testing one of the games directly is extremely low. Even if a subscriber doesn’t like a game after testing it, he or she hasn’t lost more than the time spent playing it. In addition, users can probably assume that other titles will follow in the coming weeks and months.

It is unclear which games could still come. However, it is obvious that the streaming service will increasingly rely on its own established brands in the future. For example, the two adventures “Stranger Things: 1984” and “Stranger Things 3: The Game” are already available. Both are based on the mystery series of the same name, the fourth season of which is scheduled for release in 2022. Conversely, Peters could also imagine that one day a film or series based on a Netflix game would be released.

Netflix had already put out feelers in the direction of gaming – with interactive series and films. In 2018, for example, “Black Mirror: Bandersnatch” was released, and there are now a whole range of other titles in which viewers can have a say.