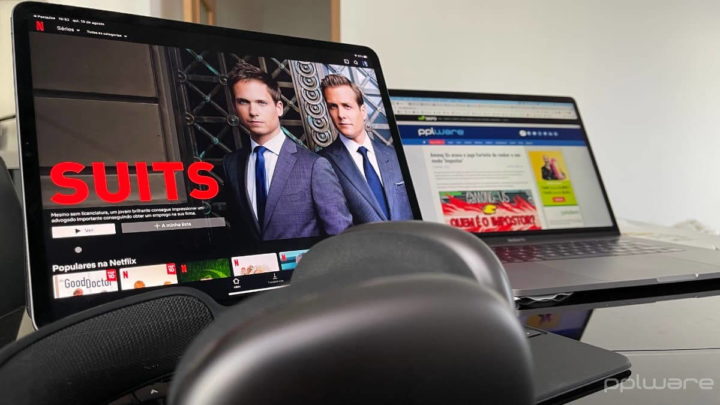 Netflix and Spotify started a real campaign a few years ago to free their services from the Apple store and its commissions. These have been followed by others and the results have been pouring in.

Apple ended up giving up part of its commission and this was done with the “reader apps”. Netflix has just taken advantage of this opening and now iPhone and iPad users no longer have to pay Apple.

Netflix has long sought to achieve complete independence from Apple, in order to offer its users direct subscriptions. The streaming service has taken that step now and iPhone and iPad users are getting news.

From what has been reported, they are taken to a new page within the app when they want to subscribe to the service or renew their accounts. This is the responsibility of Netflix and presents a curious message from Apple.

Any accounts or purchases made outside of this app will be managed by the developer "Netflix". Your App Store account, stored payment methods and related features such as managing subscriptions and refund requests will not be available. Apple is not responsible for the privacy or security of transactions made with this programmer.

The most curious thing about this process is that Apple even gives up the service and transfers this responsibility to Netflix. In the same way, commissions also pass into Netflix's pocket, thus losing 30% of the total amount in the first year and 15% in the following.

Despite this change by Apple, the Cupertino giant still has a strict set of rules for your use. Developers may not disclose prices or links to services, or ask Apple for direct authorization to use this mechanism. 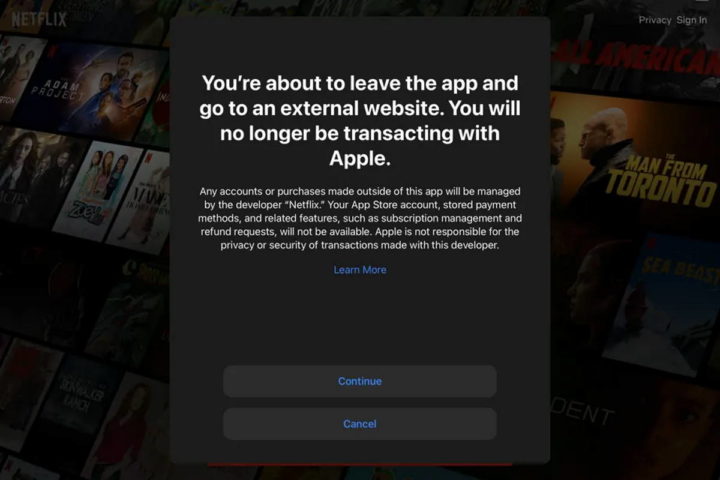 In fact, this isn't the first time this feature has been on Netflix for the iPhone or iPad. In 2018, an update for iOS had already been released that implemented this functionality, something that was quickly blocked by Apple.

Apple still has to make many changes to the App Store to comply with what has been decided in many courts. It's still far from what many want, but it's already a victory for all those who asked for changes in the app store for the iPhone and iPad.