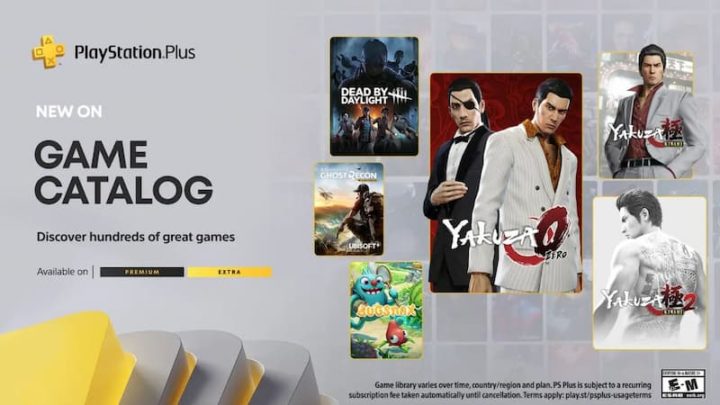 Sony Playstation recently revealed which new games are coming to the PlayStation Plus Extra and Premium catalog, for those who are valid subscribers, of course.

Come and see which games you can start playing from today.

Sony Playstation continues to reinforce the menu of its premium services, PlayStation Plus Extra and Premium with new titles.

This time, it was revealed which new games have been made available since August 16th for those who have a valid subscription to one of the services. This is a total of 11 games now available, among which several titles from the popular Yakuza saga stand out. Come see...

These are good games and anyone who is a fan of the Yakuza series can represent an excellent opportunity to explore the games in the series. On the other hand, those who enjoy the claustrophobic and heavier environment created by Dmitry Glukhovsky in Metro: Exodus, can now play it for free.

All things considered, it looks like they are good acquisitions, right?