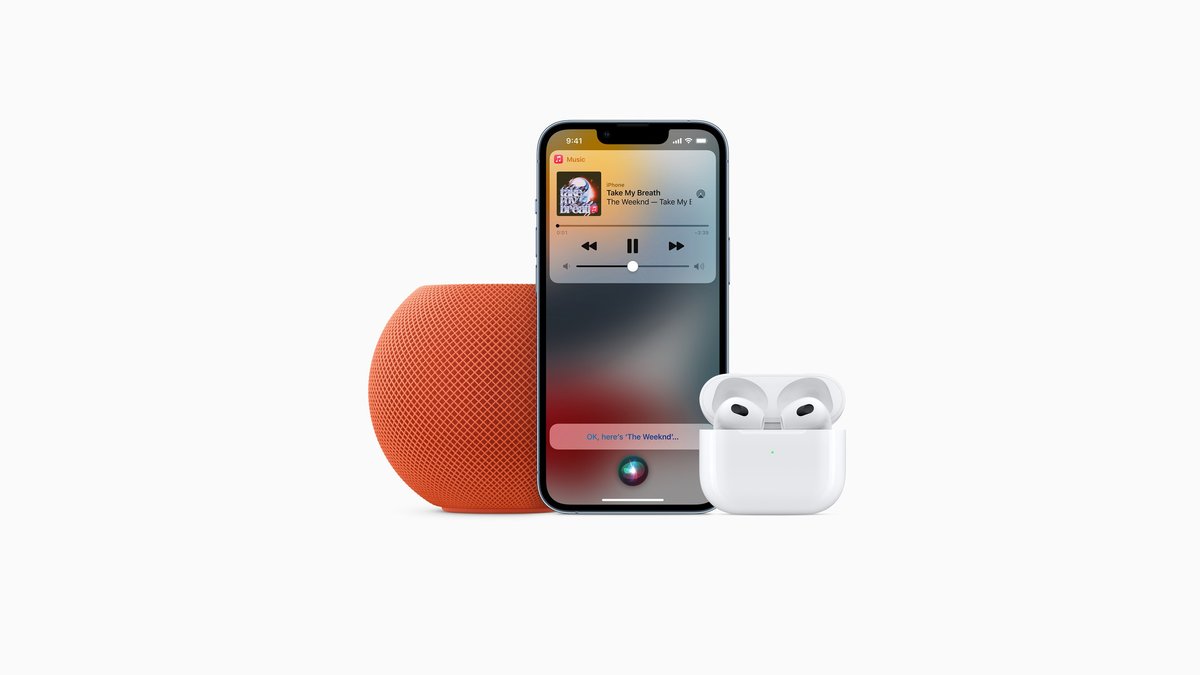 With the current iPhone update to iOS 15.2, the Apple Music Voice announced in October has also appeared in Germany and 16 other countries. With the new subscription, users can now stream unlimited songs on Apple Music for around five euros a month. But what do consumers need to know now?

Like the student subscription, the new voice option costs just 4.99 euros per month. Users of the other alternatives can still use Siri to access Apple Music.

The setup is done quickly. For example, say “Hey Siri, start Apple Music Voice” and open the Apple Music app, in which new customers can activate a free seven-day trial subscription with just a few taps.

During this period you can take full advantage of the offer. Users do not need to take any further steps to get started right away. And those who add a payment method to their details can access another free trial period of three months.

The Voice subscription is cheaper than the family and individual versions, but its range of functions is limited in comparison. In contrast to the other subscriptions, there is no 3D audio with Dolby Atmos, no access to music videos or lyrics, and users cannot download songs to listen to them offline.

In addition, the whole thing only works with Apple devices that support Siri – including more recent iPhones as well as the HomePod mini and AirPods.

It is enough to say the name of a band or an artist to play a song by the artist. And users can also call up certain playlists or individual songs directly.

The more specific the query, the faster the desired title can be found. Because with a catalog of more than 90 million songs, there are, for example, numerous songs with the same or similar titles.

In addition, consumers can access Apple Music Radio and thousands of playlists, including hundreds of new playlists optimized for Siri.

In order to play a certain song, users at best give the command to activate the voice assistant and the desired title and artist: “Hey Siri, play ‘Easy On Me’ by Adele” or “Hey Siri, play ‘I Still Have Faith In You.” ‘by ABBA “.

A clear pronunciation is also important here. In the test with the iPhone 13 mini and the HomePod mini, the whole thing was mostly easy to use. In some cases, however, there were misunderstandings and initially different music than the one actually desired could be heard.

The most used terms by many are likely to include very simple phrases such as “fast forward”, “rewind”, “quieter”, “louder”, “pause”, “continue”, “from the beginning” or “next song”. Users will mainly access the subscription via voice commands, but this is also possible via the app.

Under “Listen now” and then “Just ask Siri …”, users can also find suggestions with the appropriate command listed in the app. A tap on the corresponding tile also plays the suggested playlist and co. There is also a “Play Again” list that shows the last ten pieces of content you listened to.

With “Search” users will also find suggestions for playlists and a lot of other content, which they can only listen to with a tipper. For correct playback, users then have to ask Siri again using a voice command. There is also a “Hey Siri” category with tips for using the voice assistant with Apple Music.

Overall, Apple Music Voice leaves a good impression when you try it out if you can do without additional functions such as offline music. But why not test it yourself? The first few days are free anyway thanks to the trial subscription and trial period.